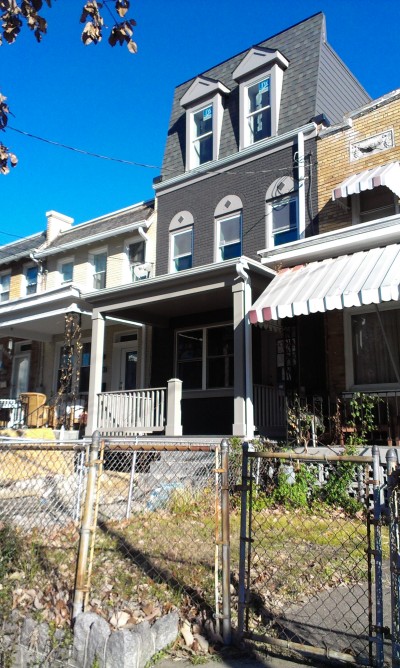 The first one at 5th and Ingraham [picture above] contrasts greatly from the neighbors in terms of colors and height, but likely won’t be a standout for long.

The second [pictures after the jump] is around the corner on Jefferson just west of 5th. I haven’t seen a conversion like this one in Petworth/Brightwood yet. The sideyard of this once-duplex enables three 3-story units to be accessed separately on the side instead of from a shared front entrance. From the back, you can really see how much massing was added compared with its attached counterpart. 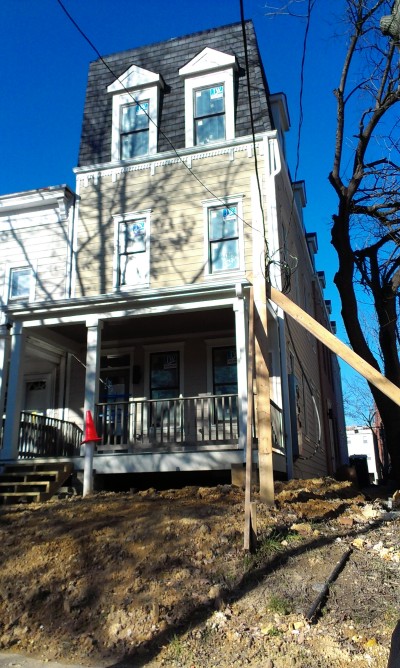 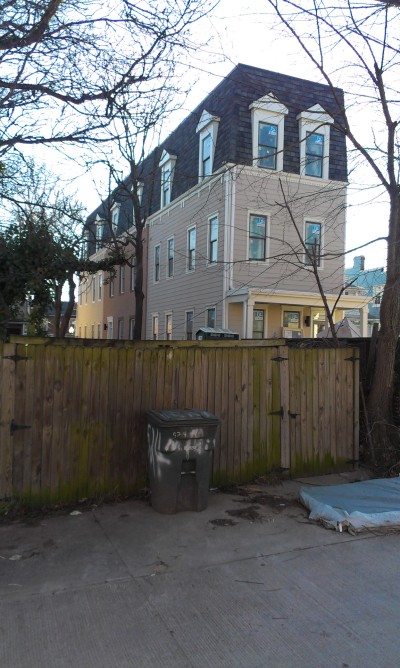 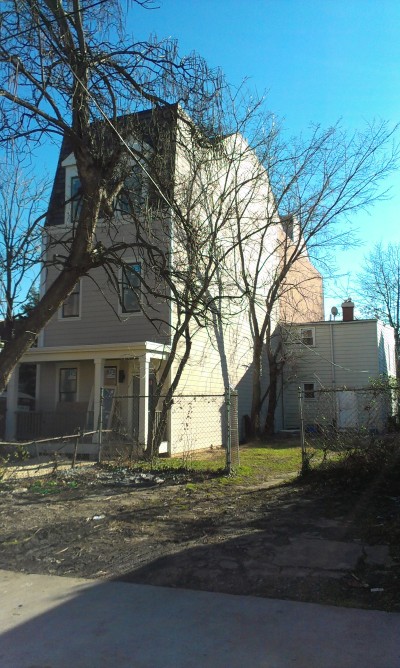