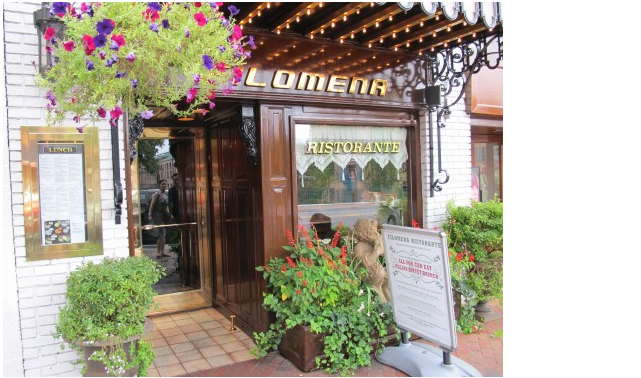 My friend pointed out that Filomena had discontinued serving its Friday buffet as of January 1, which by itself isn’t that big of a deal…until you see their reason:

As of January, 1, 2014, Filomena has discontinued its Friday Lunch Buffet. We regret we had to make this decision but unfortunately we face new expenses as a result of the Healthcare reform and the Friday Buffet, though wonderful, was not profitable and required extra staff which we can no longer sustain. We regret any inconvenience and on a good note, we will continue our Saturday Buffet and invite you to try our much improved Sunday Brunch Buffet!

Companies cutting back on staff because of healthcare costs was a big part of the debate over the ACA, but this is the first time that I’ve seen a restaurant publicly say that they are cutting staff. From what I’ve read, businesses that have fewer than 50 employees don’t have to provide health insurance, but can get tax breaks if they do cover their employees.

Long story short, I wonder if there are other restaurants in the area that have made similar statements in response to the ACA. Are businesses really running into financial problems because of the law, or are they using the law as a cover for decisions that they were going to have to make anyway?”

“In response to various inquires regarding our decision to discontinue the Friday Buffet we wish to clarify some information regarding the reasons behind it and offer some facts and hopefully clear up any misunderstandings many seem to have.

The buffet notice was intended to help explain to those Friday regular lunch buffet customers who were very upset why we stopped offering it and in some cases were demanding explanation. We were not trying to offend anyone or make a political statement but only tried to be honest with our regular Friday customers as to why we stopped it before they walked down all the steps to the dining room. Some were upset that they came down the steps specifically for the buffet and suggested we put a sign on the window before people walked down the steps, which we did. Maybe we could have written a long statement like below to better explain as to why we stopped the Friday Lunch Buffet or not put any sign and just let people be angry but being in business here for 30 years we don’t like to do that and only want to offer good customers explanation. Below hopefully it will show that Filomena is doing what most restaurants are not – offering full healthcare coverage to all 86 of it’s employees this year as of January 1st and not wait until January 2015 like it could.

Filomena employed 85 employees before we stopped the Friday lunch buffet, January 3rd and as of today employee 86 employees and in fact are advertising for some new staff because our making some changes to operations to help pay for the Healthcare Reform by increasing business which has been successful so far.

Even though the Health Care Reform employer mandate of 50 or more employees had to be offered healthcare coverage was postponed one year, Filomena decided to offer that coverage, this year, 2014 and not wait until 2015 as most restaurants have done. We want to offer coverage to our employees but honestly have to find new ways to pay for it since we are so labor intense (close to 90 employees for 150 seat restaurant).

Because of the potentially large new expense of offering healthcare coverage to 90 employees, we had to look for areas of operations that were either marginal or losing money to trim expenses or losses and find new areas to increase business so that we could keep all our employees and continue to grow our business.

Because restaurants such as ours, 86 employees, are so labor intense the potential expense of offering coverage to so many could threaten independently owned restaurants like ours. Our goal is to tackle the problem head on and find ways to pay for it without losing our employees. We have in fact done this by only offering a la carte lunch on Fridays, continue to offer the Saturday lunch Buffet and develop a new Spectacular new Sunday Brunch Buffet that has been a big success since its launch thus.