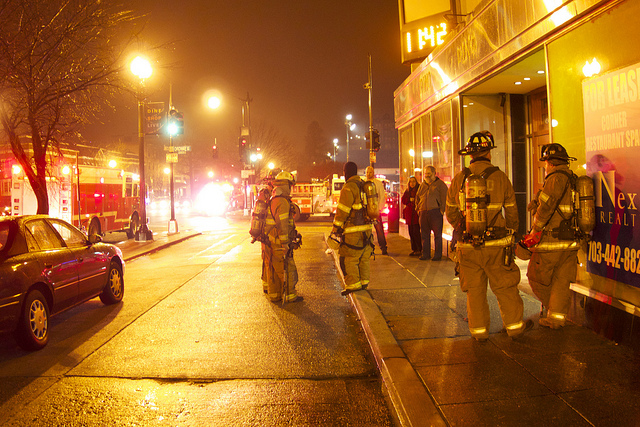 Is this the curse of the service lane?

There was a fire of some sort at Dino’s Friday night. There were a bunch of firemen milling around. The owner was out there, too. Also, word on the street is that they might try to keep Dino open for another month while getting his ducks in line for the new Shaw place.”

UPDATE from the owner:

“There was no fire at Dino last Friday night. THe kitchen crew noticed a white vapor and funny smell from back by the water heater. The bar manager cleared the restaurant and called 911. Since they couldn’t
figure out what happened, hazmat was called and they gave the allclear. It could have been from the water heater {steam} or something, but all our equipment checks out.

And we are coming to Shaw, hopefully around April 1 give or take.”

“Chef Owner Dean Gold of DINO Restaurant and Enoteca in DC’s Cleveland Park neighborhood has reached an agreement with his current landlord. Instead of closing this coming Sunday January 12th as was originally announced, DINO will now remain open at its current location at the SE corner of Connecticut Ave and Ordway St. NW through Sunday night, February 23.

A long standing favorite and much acclaimed rustic Italian restaurant in Washington, DINO will move across town this spring to the Shaw neighborhood in the vicinity of 9th and U Sts NW. Because the current location is not quite ready for renovation/occupation, Gold negotiated to extend his current lease to stay open for an additional 6 more weeks.” 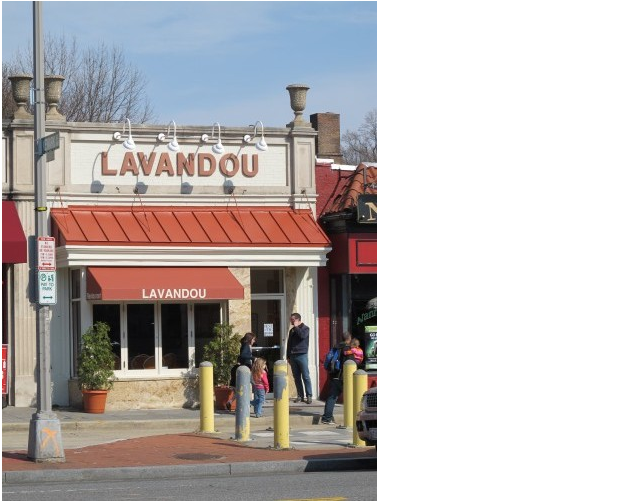 “Our server tonight informed us Lavandou is closing next week after over 20 years because they failed to come to terms with their landlord.”

Lavandou is located in the same strip as DINO at 3321 Connecticut Ave, NW. They are hosting their own restaurant week this week:

“Lavandou’s own Restaurant Week”
From January 13th to 19th
25% off any course from regular menu.

Whisk yourself away to the heart of Provence by dining with us.

For over 20 years, Lavandou has been providing a taste of authentic Provençal cuisine in Washington D.C.’s Cleveland Park neighborhood. Tucked in amongst charming storefronts on Connecticut Avenue, Lavandou’s cozy glow lures its guests inside where they can enjoy familiar french specialities in a relaxed atmosphere.

The cuisine at Lavandou is based on the essences of Provence, a sunny region on the French Riviera which is famous for using only the most natural ingredients. Many of our dishes are created with farm-fresh favorites such as heirloom tomatoes, roasted peppers, eggplants and olives and are seasoned with fragrant garlic, rosemary, and thyme. These flavorful traditional dishes, prepared at length and with healthy, fresh ingredients are truly reflective of the Mediterranean style of “savoir vivre.”

We judged Lavandou back in 2011. You can see their menus here.