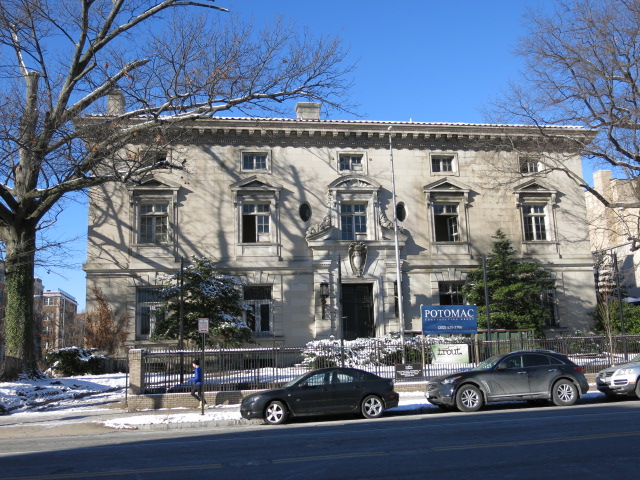 Do we know what’s going on with this building, on 16th St just south of Harvard? It’s been vacant for a while and just this past week I’ve started seeing some activity and trash removal from indoors.” 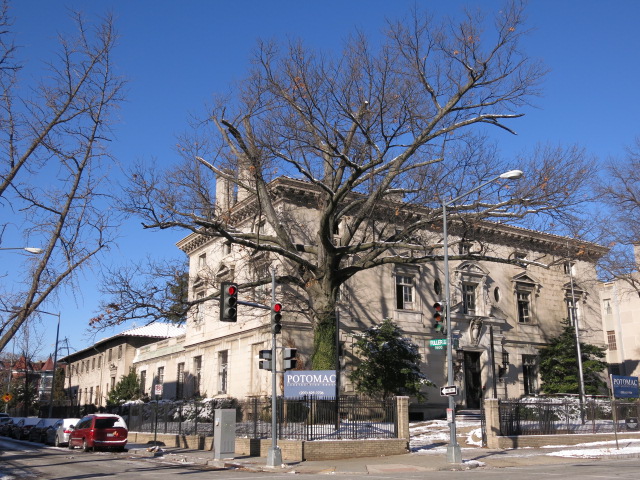 You can read the full report here:

From Trout Design (renderings here too):

The former Embassy of Italy is the crown of historic “Embassy Row” in the nations capitol, located 20 blocks north of the White House, at the precipice of Meridian Hill in the heart of Washington’s hottest renaissance neighborhood of Adams Morgan-Columbia Heights. The site is 4 blocks west of the new Columbia Heights Metro and directly on the main north-south bus and automobile transportation route in and out of the city, 16th Street, N.W.

The project we designed will fully restore the exterior of the historic landmark building and the main interior monumental rooms, we converted the remainder of the mansion into luxury apartments and created a new 8 storey , L shaped condominium tower in the northwest corner of the site with a 5 storey condominium element at the south west corner. This low tower creates a harmonious contextual relationship with the existing apartment buildings at the adjacent corners to the south and south west while complementing the existing historic landmark in scale, style and detail. A new low, 3 storey north wing was designed as a spare contemporary element with a custom glass and steel curtain wall framed by stucco and masonry massing that tie this element to the landmark across a new “streetscape” along the north side of the property via a new “glass bridge”.

While we are maintaining and restoring the monumental historic entrance and ceremonial driveway along 16th Street to the east and the decorative chancery entrance on Fuller, we are also created a prominent new Fuller Street entrance in the south elevation of the new 5 storey addition and we created a new 3 storey monumental entrance to the tower on Mozart Street which together, liven this long abandoned and derelict corner of the neighborhood.

The new building will stylistically complement the existing historic resource, however it will employ finish materials that are more rich in scale, texture and finish. While the existing historic resource is finished with stucco, limestone and a clay tile roof, our new buildings feature a heavily rusticated stone base, walls clad in richly patterned roman brick, heavily fenestrated metal windows and doors capped with clay tile roofs that simultaneously create an important connection to the landmark resource, animate the towers roofline against the sky and screen the rooftop mechanical equipment.

With around 110 luxury condominium apartments and generous below grade parking, the building will become a new landmark along this historically significant boulevard. The site is one of the physically highest ridges in Washington D.C. which is visible from nearly every point in the city. With as many as 30% of the apartments have direct connection to private outdoor space, most apartments on the site offer commanding views of downtown Washington and the Potomac river basin, the Washington National Cathedral and the landmark spires to the north. The unique and luxurious character of the apartments, ranging from efficiency to 3 bedroom units, surpasses anything the market has seen in many years. Custom millwork, wood and stone flooring, high ceilings and oversized operable windows all combine to make this one of the most desirable addresses in the new city core.

The Zoning commission expressed their support of the project design as exhibiting “all of the characteristics of exemplary urban design and architecture. The project will invigorate a vacant site along a major District corridor. The superior architecture of the addition complements the landmark and highlights the historic resource rather than overpowering it.”

Ed. Note: Obviously the timing has gotten pushed back a bit.

Read more →
More Stories
From the Forum – Following up on a Cab ComplaintWhat the….? Suspect Sought in Theft of Elephant Tusks from Wilson Building