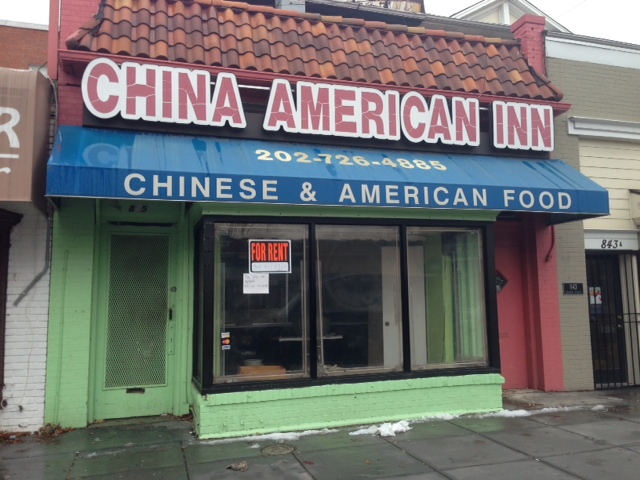 I was alerted via a post on Facebook that your blog covered the closing of China American Inn. While I appreciate the public notification of the establishment’s closing (I myself had discovered this a few weeks back when going to dine at another restaurant on the same block), I don’t think your coverage effectively conveyed they importance of China American Inn (also referred to as China A, China America, or the carry out) to the Petworth Community.

I was born and raised in the Petworth neighborhood. I have seen the neighborhood change and evolve from a lower/mid income mostly African American community to a gentrified neighborhood offering a farmer’s market and al fresco dining. Before there was Domku, or any other swanky bar, there was China A. Walking to the carry out and eating on your porch or at the rec with your friends was a rite of passage in the Petworth community. China provided affordable dining options for a lower income families like my own growing up; a 5 dollar chicken wing special would not only feed us for the night but provide sustenance for the next day.

Although Danny’s remains open, China American Inn was one of the last remnants of the “old” Petworth. It’s closure represents the full transition from the Petworth that raised me to the Petworth that is now unfamiliar. While some are anxiously awaiting the revelation of what new hip spot on will replace China American Inn, others who were essentially raised on China A are saddened. China A was more than a hole in the wall, it was part of what made Petworth a community that will be missed and I think it deserves more than a by-line on your blog.”