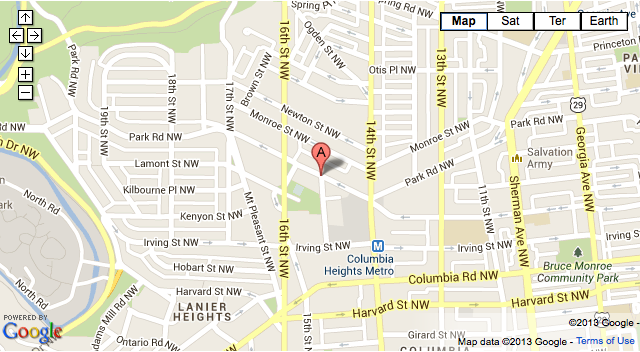 On Saturday night around 2AM, my boyfriend and I were traveling home after spending the evening out. While walking down the 1500 block of Park Rd. NW, we encountered a young girl who looked like she was in her early twenties. She was being detained by two older men who looked liked like they were in their thirties. It was obvious she didn’t know them. She mouthed to us to please help her, and the look on her face could only be described as pure terror, and perhaps shock. We went over to see what the issue was and the two men just kept saying “she’s drunk, she’s drunk.” We said, she could walk with us and we would make sure she got home safely. She tried to leave with us but the two men wouldn’t let her leave. One of them went as far as to grab my arm to keep us from leaving. At this point we noticed that her jeans were undone and her undergarments showing. Her purse was also open. We called the police. One of the individuals then disappeared into an apartment building, while the other tried to make us leave the girl with him. While my boyfriend was on the phone with the police, the girl was able to get away and just ran in the opposite direction. I’m unsure why she didn’t wait for the police to come, maybe she was in shock. Perhaps she was underage and feared any legal implications. While intervening may have not been the safest thing for us to do, I hope that by doing so we were able to stop something horrible from happening.

In any regard, I thought it was important to share this story because it highlights how important it is for women and men to be smart when traveling home at night. Don’t walk around intoxicated, especially by yourself, especially late at night. Things like this can happen anywhere in the city but if you do live in a transitioning neighborhood or an area with higher crime rates, be smart. Just because it hasn’t happened doesn’t mean it can’t.”