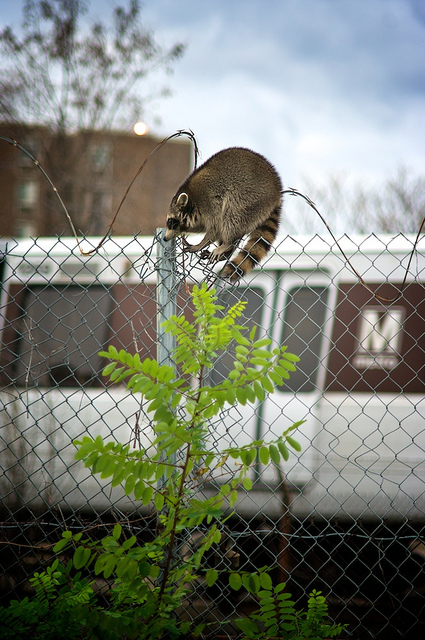 “Gun Shots to Put Down Rabid Raccoon – Community Advisory
On December 29, 2013, Takoma Park Police responded to Sligo Creek Parkway and Heather Avenue for reports of a rabid raccoon. Based on the raccoon’s behavior and demeanor, it was deemed to be rabid and had to be put down. Animal control is en route to pick up the raccoon.”