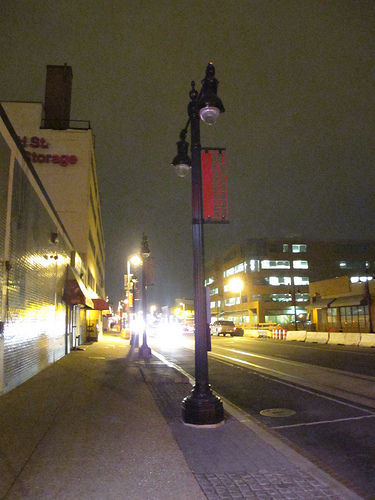 “The District of Columbia has selected Citelum to manage and upgrade the city’s 71,000 street lights to a state-of-the-art, sustainable system. The District Department of Transportation (DDOT) announced today that it has awarded Washington’s streetlight asset management contract to the company, which already manages urban lighting for some of the world’s most recognizable cities.

Citelum’s unique approach and experience will enable it to turn D.C.’s lighting from a reactive system to a proactive one, based on real-time information, which will greatly improve system management, public safety and cut use of electricity by more than half.

“We thank DDOT for its selection of Citelum and its confidence in us,” Citelum North America Chief Executive Ricard Ivern said. “With this decision, Washington, DC will have better lighting, safer streets, faster repairs and a smarter, more sustainable lighting system — all at a significant cost savings.”

A key part of the project will be Citelum’s installation of LED lighting in every Ward of the District, which will help to build Washington’s reputation as one of the greenest cities in the U.S. and add momentum to Mayor Vincent Gray’s Sustainable D.C. Plan.

Citelum will bring its global experience working in such cities as London, Paris, Venice, Madrid, Mexico City and Shanghai to the U.S. capital. The Paris-based company established its U.S. headquarters in the District in 2012. This project is expected to create 40 new jobs.”

It’s official! DC Fray is hosting cornhole and skeeball every Tuesday at City State! *You must be registered to play.* Sign up solo, with some friends or even a full…