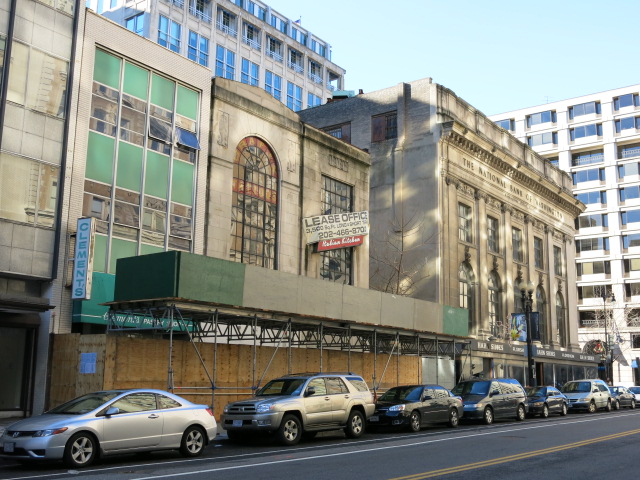 It’s been a long time coming but the last signs of the Clement’s Pastry Shop are now gone from the 1300 block of G Street, NW.

“The Cafesjian Family Foundation of Minneapolis has submitted a request to raze 1338, 1340 and 1342 G St. NW, all of which back up to the historic but vacant National Bank of Washington building at 14th and G, which it also owns.”

“The 50,000-square-foot museum complex is in limbo, and based on a brief conversation I had with a museum representative, I’m less confident than ever that a museum will open in the bank building on 14th Street, two blocks from the White House.

The raze, as I understand it, has little to do with the museum. More likely, it is related to the District’s attempted “blight” classification, which would come with with a property tax rate six times the standard commercial rate. Get rid of the building, get rid of the tax bill.”

You can read about plans for the Armenian Genocide Museum here. 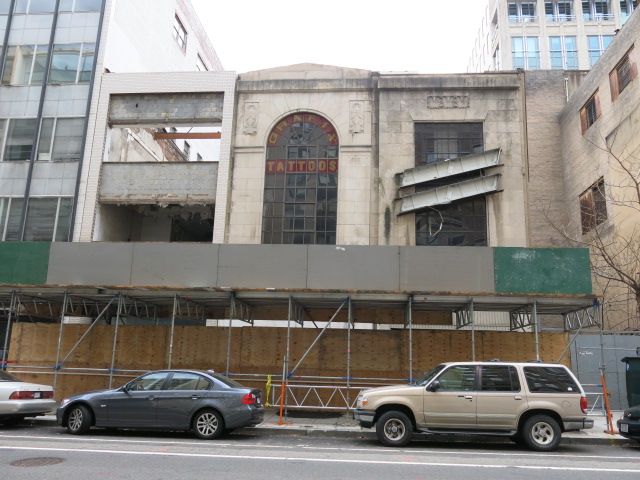 Ed. Note: You can read a great history on the National Bank of Washington building on the corner here. 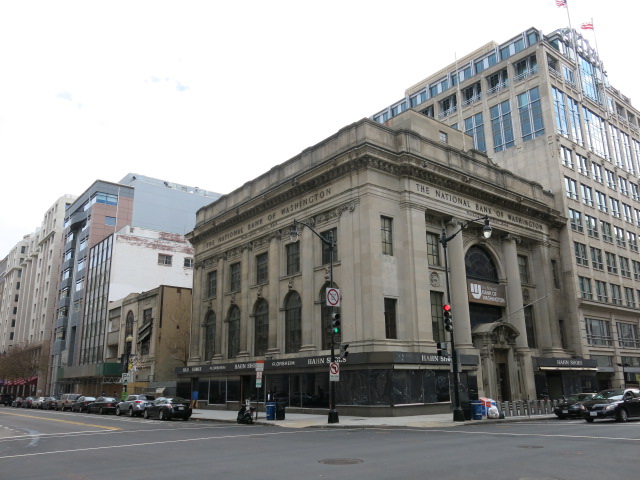