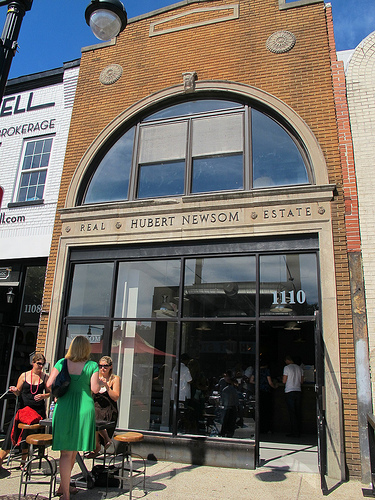 Any idea what happened to this place? It never did open! And still looks almost ready to go, with chalk on the chalkboards, etc.”

Newsom opened briefly during the H Street festival in 2012 and ever since has been a complete mystery. Back in 2012 the normally accurate @HStreetDC_ said they would open in October of that year. Last night I spoke to a few folks from H Street and nobody had a clue what was going on. Late Monday night Newsom’s window was damaged by a car running into it. Updates when more info is known about their plans.