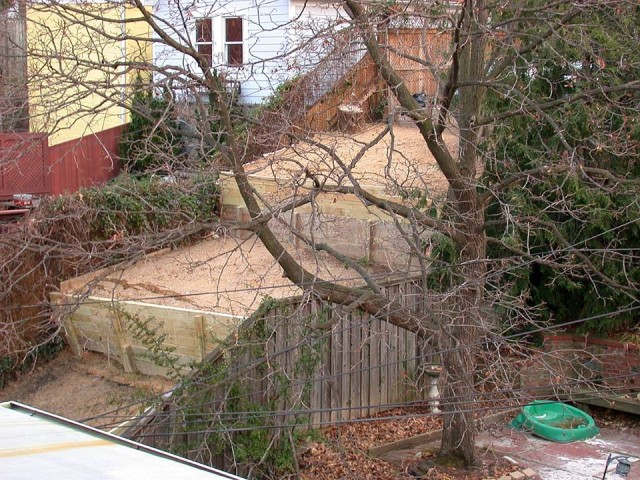 I live in Mt. Pleasant and for the past several months I’ve been watching with amusement, but more recently with alarm, at what is going on in a back yard a few doors down from me. As you can see from the attached photo, the homeowners have constructed a wooden retaining wall 5 or 6 feet high that is (surprise, surprise) already failing. Meanwhile they’ve constructed another one uphill from it, using the same flawed construction method. An architect friend who saw this photo has made some rather dire predictions, saying that catastrophic and potentially life-threatening failure is not just possible but likely. Is it even legal to construct a retaining wall like this without a permit? Am I being a busybody, or should I report them to DCRA immediately (as my friend suggested)?”