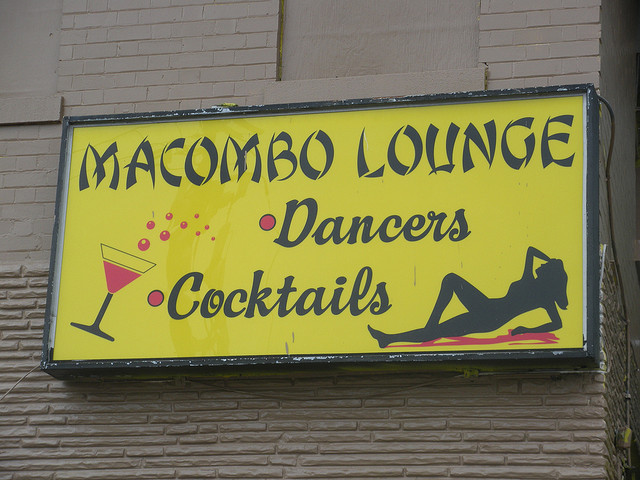 “On 11/15/13 at approximately 02:00 AM in the 5300 block of Georgia avenue, MPD was called for a person suffering from an apparent laceration to the body. MPD officers immediately arrived on the scene. However, this person was transported to an area hospital and succumbed to the injury. There is no suspect lookout at this time. Anyone with information is asked to contact MPD @ (202) 727-9099.”

A readers sends an update from WJLA:

“D.C. Police said they do not have a description for a suspect in the stabbings, which happened just before 2:15 a.m. outside the Macombo Lounge at 5335 Georgia Ave NW.”

They say the woman killed was a former dancer at the club.

“Detectives from the Metropolitan Police Department’s Homicide Branch are investigating a fatal stabbing which occurred in the 5300 block of Georgia Avenue, Northwest.

On Friday, November 15, 2013 at approximately 02:16 am, officers from the Fourth District responded to the 5300 block of Georgia Avenue, Northwest for the report of a traffic accident. Upon their arrival, they located an unconscious adult female suffering from an apparent stab wound. DC Fire and Emergency Medical Services personnel responded and transported the victim to a local hospital where she was pronounced dead. The victim was later transported to the Office of the Chief Medical Examiner for the District of Columbia, pending an autopsy.

The decedent is identified as 40 year-old Candance Reed of Northwest, Washington, DC.