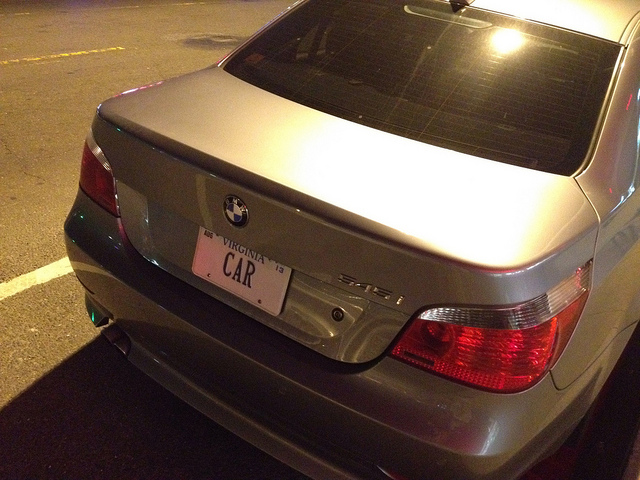 My boyfriend and I left Nellie’s tonight [Friday] around 6pm and were walking back to our condo in Bloomingdale. We passed by the 9:30 Club and there was a ten year old BMW parked across the sidewalk. My boyfriend is a BMW-phile, so as a joke, I softly bumped him into the rear quarter panel and said something to the effect of “you’re going to buy this car for me?” We giggled and kept walking when suddenly this guy with a badge called us back to the car. He was an MPD officer and claimed we’d damaged his car somehow. He demanded our identification and threatened to arrest us.

He took my driver’s license and wrote down my information. I asked him to go look for actual damage on his car and he refused. My boyfriend initially refused to give him his name and our address, but as a lawyer I told him he should just cooperate with the cops, even when they’re being irrational d*cks. My boyfriend told him to go look for damage on his car, since he was detaining us, and again he refused. My boyfriend gave his information but then asked the cop if he was detaining us because we are gay, and the cop suddenly stammered and gave our licenses back and told us to be on our way. I asked him for a card and he told me to look at his badge to get his name, and refused to give us his badge number…so this is my chance to say that Officer, you cannot use your badge to “protect” your personal property, you homophobe.”

Read more →
More Stories
Donburi Grand Opening in Adams Morgan this Wed. the 20th, Check Out the MenuDacha Beer Garden Seeks Your Support for their Plans to build a Small Building with Kitchen while Preserving Outdoor Space