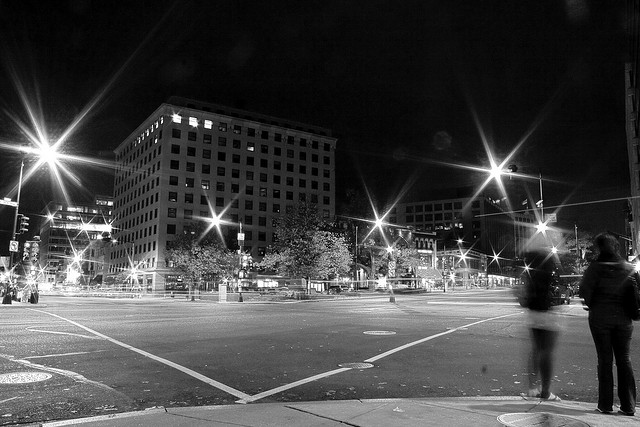 Just wanted to alert you to something disturbing that happened to a friend of mine on Friday night. We were at a bar in Logan Circle, had a few drinks, when all of sudden she got extremely drowsy and went from talking like normal to being basically unconscious within a matter of minutes. Fortunately she was with myself and another friend and we were able to get her out of there and call for help. It sickens me to think of what could have happened if she somehow got separated from us.

As soon as we realized she couldn’t even stand up on her own we got her out of there and called an ambulance. The other disturbing part of the night was how un-seriously the paramedics/hospital staff (GW) treated the fact that she had probably been drugged. I kept explaining to them that I was with her all night, that she literally drank the exact same drinks as myself and our other friend (not like out of the same glass otherwise this would’ve been a different story), and that whatever alcohol she drank was definitely not enough for her to just suddenly go unconscious but everyone kept saying she just drank too much and the police were never brought in. At the hospital I kept asking them to test her for GHB but they told me that I couldn’t request a medical procedure and that testing for that isn’t within their usual blood panel and that she would need to request that test herself (which obviously wasn’t possible). So basically the night went from fun, to scary, to frustrating. Since apparently there’s nothing you can do when you/your friend gets drugged, we decided we should use this experience to warn others to be careful.

I think people getting roofied has been addressed on popville before but maybe it’s time for a little refresher.”