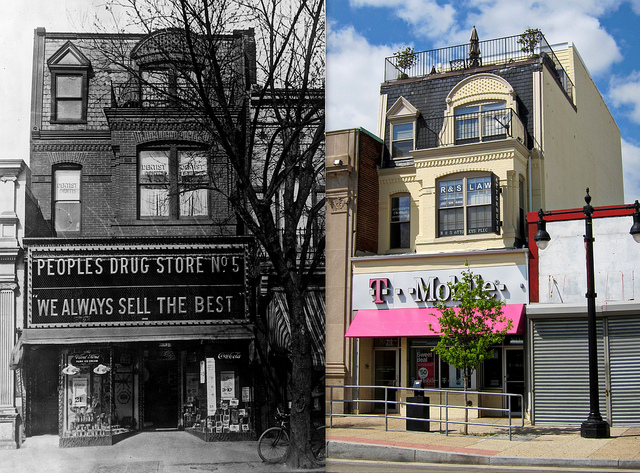 “A commercial building located at 804 H Street NE in the Near Northeast (H Street corridor) of Washington, D.C. Built in 1890, the property originally served as a private residence. It was later converted into Peoples Drug Store No. 5 where apparently they always sold the best. (here’s additional historic photos of this Peoples location) The left photo was taken sometime in the 1910s by the National Photo Company (via the Library of Congress). The building on the far left in the old photo was replaced with a bank building in 1921 while the building on the far right was probably destroyed during the 1968 riots.”