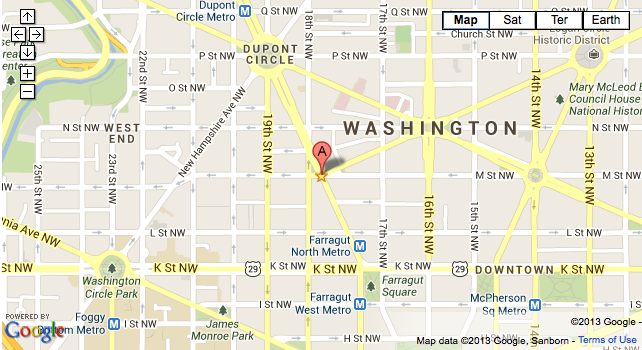 @DCPoliceDept tweeted around 2:10am:

The Washington Post reported that a subject was arrested after a “sizable group of men and women came out of the Midtown Night Club” and a fight broke out.

“Detectives from the Metropolitan Police Department’s Homicide Branch are investigating a fatal stabbing which occurred in the 1200 block of Connecticut Avenue, Northwest.

On Monday, November 18, 2013 at approximately 2:10 am, officers from the Second District responded to the 1200 block of Connecticut Avenue, Northwest for the report of a disorderly fight. Upon their arrival, they located an unconscious adult male suffering from an apparent stab wound. DC Fire and Emergency Medical Services personnel responded and transported the victim to a local hospital where he was pronounced dead. The victim was later transported to the Office of the Chief Medical Examiner for the District of Columbia, pending an autopsy.

The decedent is identified as 22 year-old Sephar Jean-Simon of Silver Spring, Maryland.