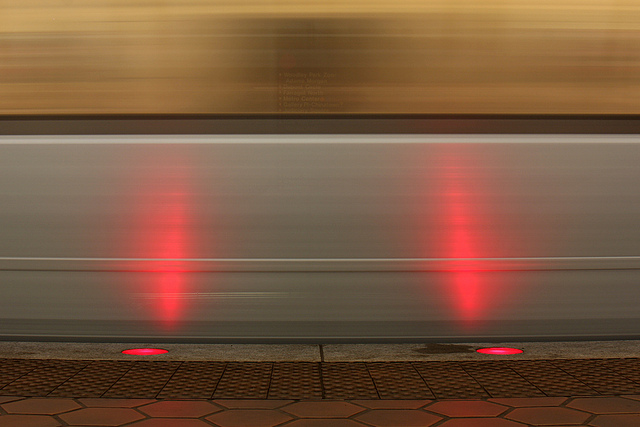 The new lighting structures are significantly brighter and more energy efficient than the older “coffee can” lighting they are replacing. They provide a higher quality of light with an improved Color Rendering Index (CRI) that improves both lighting levels and overall visibility.

In addition to the five already-completed stations, one station – L’Enfant Plaza – is currently under construction, and the remaining 41 underground stations will be completed by 2015.”

“Metro is moving forward with the replacement of carpet in its existing fleet of railcars with new slip-resistant resilient flooring.

The move is in response to customer feedback during the design of Metro’s new 7000-series cars, which will soon begin rolling off an assembly line in Lincoln, Nebraska. Riders told Metro that they strongly preferred flooring to carpet for cleanliness reasons.

Resilient flooring does not absorb dirt and spills as carpet does, and will be much easier for Metro maintenance personnel to keep clean. In addition, flooring is more durable and has a longer lifespan before needing replacement.

As an added benefit, the flooring reflects some interior and exterior light, creating a brighter, more open feel inside the car.

Already, Metro has installed the new flooring on more than a dozen cars. Over the next two years, Metro expects to have flooring installed on all 5000- and 6000-series cars.”