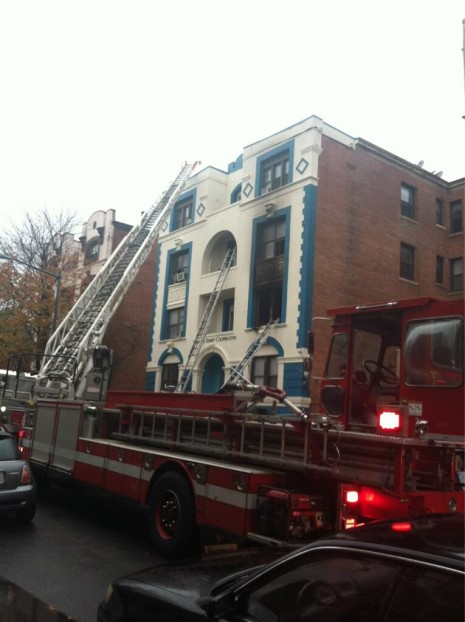 Around 8am ‏@SlawSpeaks tweeted us:

“holy crap. Apartment fire on Newton between 16th and 14th.”

“Photo of the damage from this morning’s fire on Newton Street. Hoping everyone got out safe.”

“I’m 3 buildings over – we could see smoke from top of building, can smell it in my apartment”

“Saw atleast one person leaving in an ambulance as trucks cleared out from 16th and Newton at 9am.”