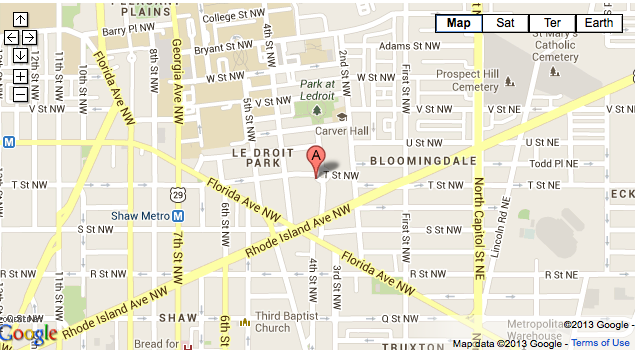 From the Ledroit Park Listserv:

“Bloomingdale Community, I`d like to share that I was assaulted while I was walking to the Howard University Metro stop early this morning on T Street, NW, between 3rd and 4th Streets NW. At approximately 5:50 a.m., a jogger passed me, surprising and startling me. I slightly jumped but felt calm when I realized he was only a jogger. He jogged passed me, stopped at the corner, and began stretching. As I passed him, I slightly glanced at him in acknowledgement as I passed him. Shortly after I passed him, he approached me from behind and reached under my dress into my underwear. I was so startled and screamed very loudly so the man ran away. I was immediately heard and assisted by another passerby and neighbor (who came out of his home), both of whom attempted to find the assailant. They were unable to find him. The passerby was about 1/2 block behind me and had witnessed the assailant walking behind me. The passerby seems convinced that the assailant had followed me for two blocks (and the passerby actually quickened his own pace to catch up with me in case I needed help because he felt something wasn`t right).

I believe the assailant to be a Hispanic male in his late 30`s. He was approximately 5`8“/5`9“, medium/athletic build (160 lbs or so), fair-skinned, very short (but not cropped) black hair, and square face. He was wearing a white tee shirt and light gray jogging pants. This description was also confirmed by the passerby.”