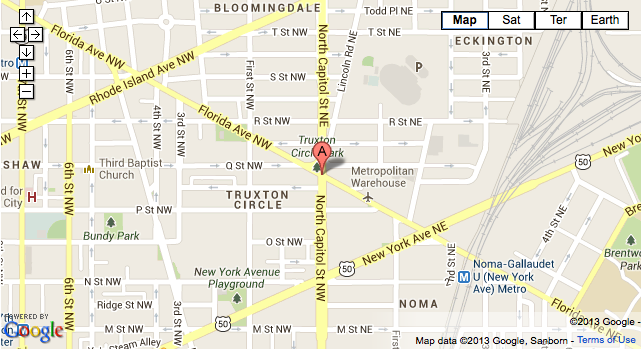 “The Metropolitan Police Department’s Violent Crime Branch is actively investigating a Homicide which occurred just after 1:00 AM this morning in the Unit Block of Florida Avenue, NW, within the Fifth Police District.

Fifth Police District Units patrolling this area heard gunshots and observed a dark vehicle driving away from the scene. While units followed this vehicle, additional units were directed to the Gas Station lot in the Unit Block of Florida Avenue, NW and located two adult males suffering from gunshot wounds. Both were transported from the scene by DCFEMS to local area hospitals for treatment. One of the victims was pronounced dead a short time later.

Occupants of the dark vehicle were stopped and are considered persons of interest.

Should you, or anyone you know, be a witness to, or hear information concerning this Homicide, we ask that you contact the Metropolitan Police Department’s Command Information Center on 202-727-9099 immediately.

The Fifth Police District and members of the Violent Crimes Branch are working around the clock in an attempt to bring closure to this Homicide and all crimes of violence. We ask that you be our partner in the community and report to us all information, no matter how small or inconsequential you might believe it to be. Again, please contact us immediately on 202-727-9099.”

“The gas station on Florida is all roped off. I woke up at 1:30 am to several gun shots. The police are currently down there.”

It is not clear if the 4th and Q incident above is related, the same incident, or something else. More info when it becomes available.

“The Metropolitan Police Department has announced that two arrests have been made in the fatal shooting and felony assault which occurred at 22 Florida Avenue, NW.

On Saturday, October 26, 2013, at approximately 1:14 am, units from the Fifth District responded to the area of Florida Avenue and North Capitol Streets, Northwest for the sounds of gunshots. Upon arrival, police officers observed a dark colored motor vehicle fleeing the Valero gas station parking lot located at 22 Florida Avenue, NW, at a high rate of speed. The police officers pursued the fleeing motor vehicle. The pursuit concluded on Interstate 695 near the northbound ramp to Interstate 295. Four individuals were located and identified as being inside the vehicle that fled the gas station.

Police officers on the shooting scene located two adult male victims suffering from apparent gunshot wounds. DC Fire and Emergency Medical Services transported both gunshot victims to a local hospital, where one gunshot victim succumbed to his injuries and was pronounced dead. The second gunshot victim was admitted and is expected to survive his injuries. The decedent’s remains were transported to the Office of the Chief Medical Examiner for the District of Columbia, pending an autopsy.

The decedent is identified as 28-year-old Freddy Bernard Hawkins of Northeast, Washington, DC.

Due to the determined, skillful and intrepid efforts of the Fifth District Patrol and Criminal Investigations Divisions; these two suspects were apprehended and brought to justice. The investigation is continuing.”