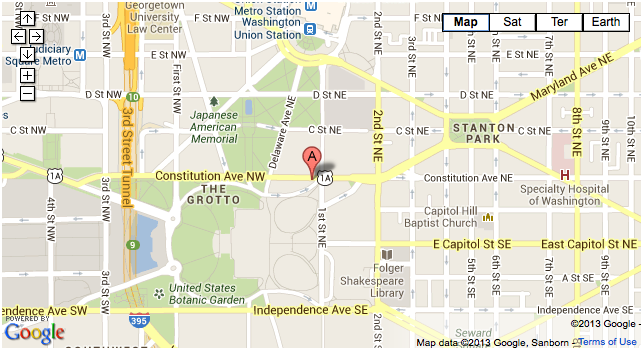 Thanks to a reader for sending from Fox News:

“The U.S. Capitol is in lockdown, amid reports that shots were fired outside.”

I was also at DCUSA were an MPD officer said he got a report of a shooting as well. Updates as more info becomes available.

“UPDATE per @ABC: A female suspect in the shooting incident at the Capitol is dead.”

“#USCapitol Shelter in Place has been lifted. You may exit shelter locations & resume normal activities. Thanks for your cooperation.”

“The Metropolitan Police Department is investigating the circumstances that led to a police involved shooting after a female suspect struck a barrier near the White House, struck an officer, and then led officers on a pursuit.

On Thursday, October 3, 2013, at approximately 2:12 pm, a black Infiniti sedan bearing Connecticut tags struck a temporary security barrier and a US Secret Service Uniformed Division officer at an outer perimeter check point of the White House at 15th and E Street NW. The vehicle then fled east on Pennsylvania Avenue NW and was pursued by Uniformed Secret Service.

During the pursuit, the suspect vehicle rammed a US Secret Service Police vehicle at Garfield Circle and continued to flee.

The pursuit then continued to 1st Street and Constitution Avenue NW, where a US Capitol Police officer was injured in a vehicle collision and was airlifted to a local hospital where he is in good condition.

The suspect vehicle crashed in the 100 block of Maryland Avenue NE.

There were multiple shots fired during this incident and this case is under investigation by the Metropolitan Police Department with assistance from US Secret Service, US Capitol Police, and the Federal Bureau of Investigation.

A female child (approximately 1-year-old) was in the vehicle and was taken to a local hospital for observation. There were no injuries to the child.

The driver of the vehicle, an adult female, died as a result of injuries sustained in the shooting. Her identity is being withheld at this time, pending positive identification and notification of next of kin.

This remains an active investigation and further information will be forthcoming.”