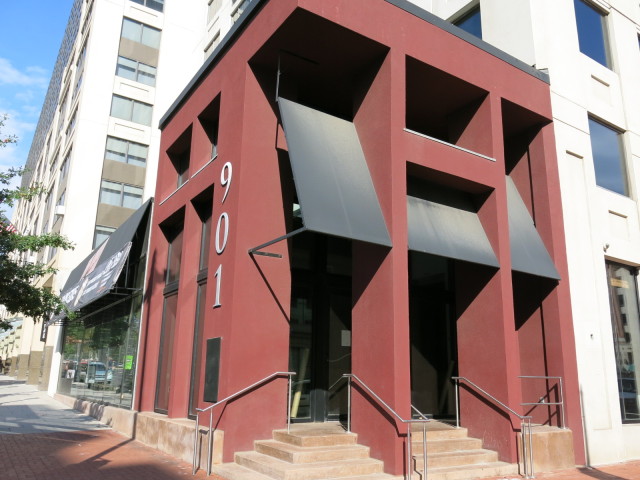 “Washington DC was an obvious choice for our concept,” says Jonathan Ball, Regional Director for Public House Investments, a management company that oversees multiple restaurant concepts throughout the US including City Tap House. “There is a lot of positive development in the city at the moment, which reminded us of the eclectic vibrancy when we launched the original City Tap House in 2009, centered in the University City neighborhood of Philadelphia.”

City Tap House recognizes DC’s enthusiasm surrounding the craft beer and microbrew scene making it an excellent choice for showcasing the restaurant’s extensive collection of local, national, international and seasonal special edition beers. “Our beer program is truly at the core of what City Tap House represents,” says Ball. “Not only does our beer influence our food but it’s the foundation for unique and engaging guest events. What excites us about opening City Tap House in DC is the ability to pair our beer line up with an elevated pub menu served in a rustic, inviting space that appeals to casuals and professionals alike.” 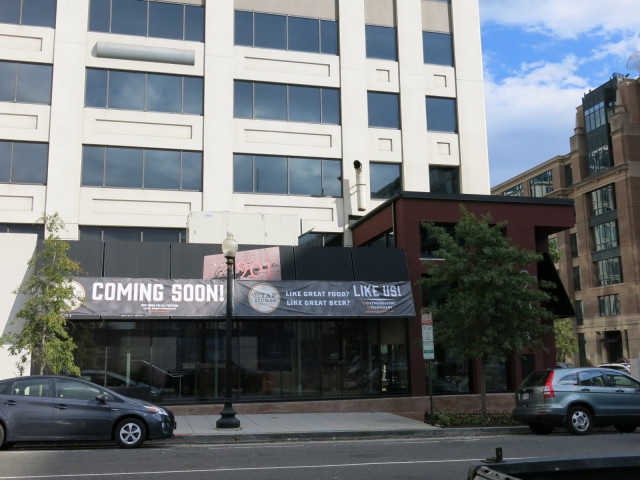 Over 40 beer lines and two beer engines will allow City Tap House to feature 60 different local, national and international beers available by the draft & bottle. Popular brews such as Allagash, Weinhenstephaner, St. Feuillien, and Sierra Nevada will be available along with domestic & European craft stalwarts such as Founder’s, Bell’s, Bosteels, Schneider, & Goose Island and local staples from Three Stars, DC Brau, & Mad Fox. Part of City Tap House’s mission will be to tirelessly seek out the most new and exciting breweries available to us in the ever-evolving craft beer market. A variety of seasonal and special edition releases will also be available throughout the year. An international and eclectic selection of wine and specialty, handcrafted cocktail menu will also be offered.

Owner Frank Falesto is working with Streetsense to create recreate the space. The rustic industrial design will feature exposed wood beams, interior stone panels, copper fixtures and an open kitchen complete with brick oven. These strong elements are complimented by the cooling earth tone fabrics and the sleek, dark wooden tables and chairs.

Guests dinning at the spacious 80-seat bar/lounge will enjoy the expansive floor to ceiling windows. Additionally, for private dining, City Tap House will offer an expansive private dining room complete with AV capabilities that can accommodate up to 100 guests for a seated dinner, or between 150 to 200 guests for a cocktail reception. The room can also be divided into two smaller rooms for more intimate events. 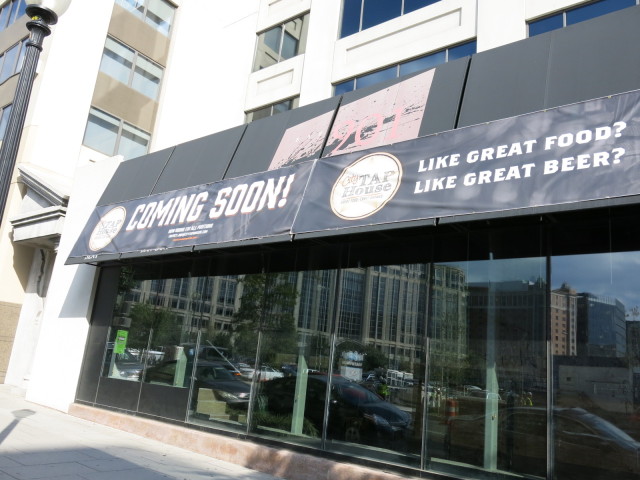