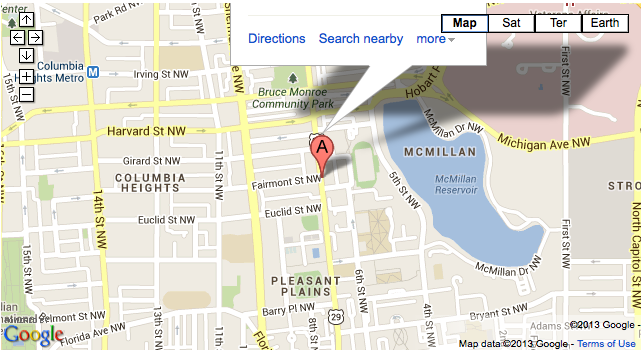 “-Detectives from the Metropolitan Police Department’s Homicide Branch announced an arrest has been made in the fatal shooting which occurred in the 700 block of Fairmont Street, NW.

On Thursday, July 4, 2013 at approximately 11:29 pm, patrol officers from the Third District responded to the 700 block of Fairmont Street, NW for the report of a shooting. Upon their arrival, they located a male suffering from multiple gunshot wounds. DC Fire and Emergency Medical Services transported the victim to a local hospital, where he succumbed to his injuries and was pronounced dead.

The decedent is identified as 22 year-old Omar Sykes of Northwest, Washington, DC.

On Tuesday, October 15, 2013, at approximately 9:45 am, members of the Capital Area Regional Fugitive Task Force arrested 26 year-old Rasdavid Lagarde of Northeast, Washington, D.C. He was charged with First Degree Felony Murder While Armed in the shooting death of Omar Sykes.”

more stories
Previous
Diego Reopens at 14th and V Street, NW – Have a Look at the New Menu
Next
Photos from PoPville – Stopping to Smell the Roses and some Cool Looking Shrooms