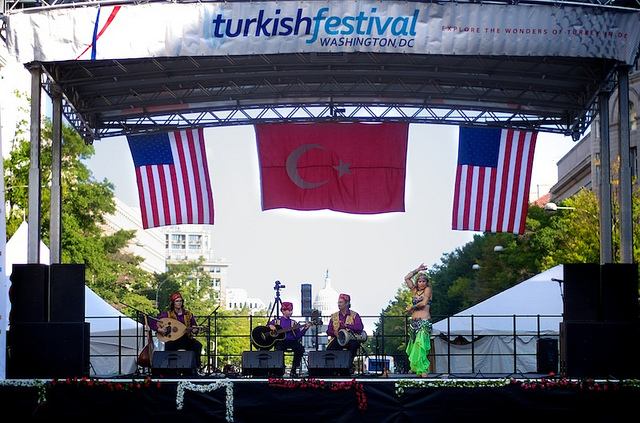 “The Metropolitan Police Department would like to inform the public and members of the media of the following street closures in connection with the Light the Way 5K and Jammin DC- Caribbean Music & Arts Festival. These events are scheduled for Saturday, September 28, 2013.

Columbia Lighthouse for the Blind will host its third annual Light the Way 5K Run/Walk on Saturday, September 28, 2013, at Nationals Park, benefiting the many programs and services it provides to people of all ages who are blind, deaf-blind, and/or have low vision. In conjunction with this event, there will be several street closures that motorists should take into consideration:

The Race/Walk time will be from 8:00 am to 10:00 am at which time the roadways mentioned below will be closed to traffic.

Jammin DC is a free Caribbean Music and Arts Festival that celebrates the culture of 28 Caribbean nations and territories scheduled for Saturday, September 28, 2013.

Barracks Row Fall Festival is a celebration of the ongoing revitalization of 8th Street, SE into a vibrant commercial corridor reconnecting Capitol Hill to the Anacostia River.

Not mentioned was the Turkish Festival which is Sunday Sept. 29th 11am-7pm on Pennsylvania Ave, NW between 12th and 14th Street.