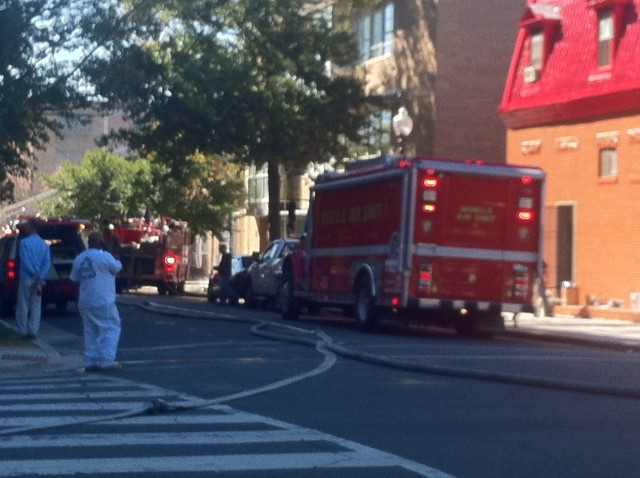 Thanks to all who’ve written in:

It was pretty ugly a few minutes ago but seems to be under control now.

Three are 5-6 fire trucks and a dozen or so firemen in the scene. The block is currently closed to traffic. No word on injuries.”

“The DCFD are responding to a fire in the 700 block of Lamont St. I was working on my front porch on Keefer Pl. when I looked up and saw smoke coming over the roof of the new building on the SW corner of Lamont and Georgia, shortly after a helicopter came over from the medical center and EMS started to arrive, they had it out in less than 15 minutes. Very cool to watch, they put firefighters on the roofs of all the surrounding buildings to fight it and keep it from spreading, they are starting to clear out now.”