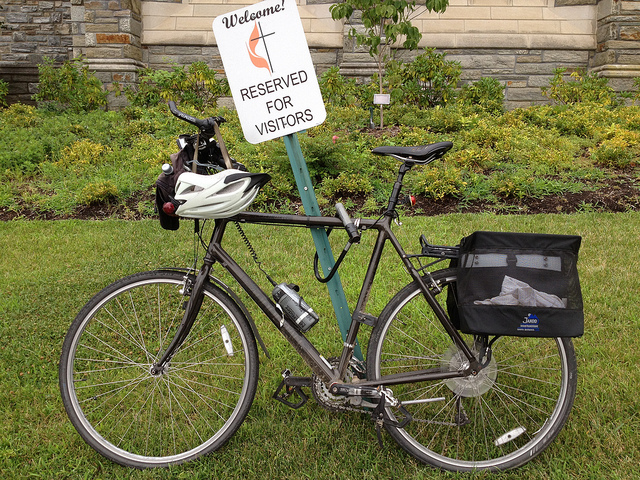 I was hoping if you could tell me whether the DC police dept. impounds bikes that have been locked to street signs or something else that isn’t a bike rack.

I called the 2nd district office and they said that do not, but a friend of mine’s bike was nearly impounded after it was left in front of a bar for several weeks, so I suspect otherwise.

I locked a vintage red Bianchi bicycle with a silver handlebar basket in front of 1145 19th St. on Sept. 5th. I went back to find it last Friday (I know, I’m an idiot for leaving it there for so long) and it was gone. I have a solid U-lock so I doubt it was stolen. I leave it locked in front of my building on Mt. Pleasant St. all the time. I’ve lived there for years and have never had issues.

Anyway, I thought maybe the police removed it since it was locked to a street sign. I welcome any tips you might have on tracking it down.”

I believe DDOT might impound bikes – does anyone know?