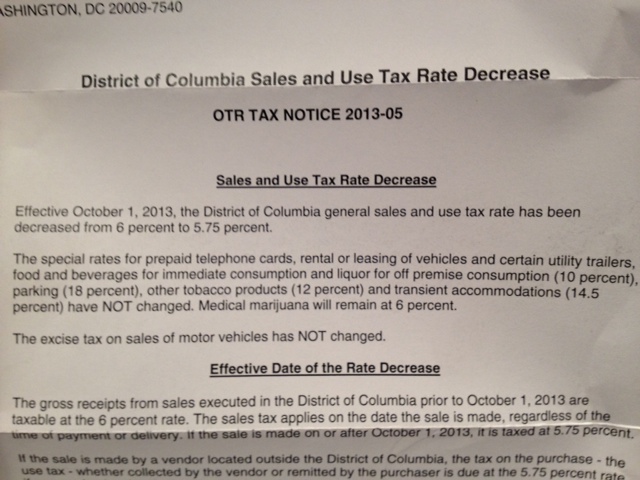 When the decrease was voted on earlier this year, the Washington Times had reported:

“An amendment introduced by council member Tommy Wells, Ward 6 Democrat, that would have swapped the sales tax reduction for increased deductions on residents’ income taxes was struck down in an 8-5 vote. Mr. Wells and Mr. Evans are running for mayor next year.”

Which would you have rather had – a reduction in sales tax or increased deductions on income taxes?