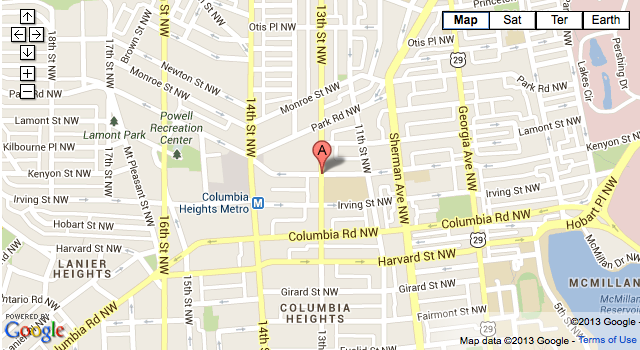 I wanted to bring an alarming crime to your attention. Yesterday (9/23) my nanny’s son — a sixth grader — was held up at knifepoint at about 4 PM at 13th and Kenyon street in Columbia Heights (this is second-hand according to the victim’s mother, her son is a grounded, solid kid not prone to exaggeration or getting into trouble). The perp was a man in his probably twenties, he evidently made off with an iPhone from one of the eleven year old victims.

The kids called MPD and reported the incident, but I haven’t seen much about the crime online, which is very alarming to me: eleven year-old kids were stuck up with a visible weapon in broad daylight half a block away from the entrance to Tubman Elementary.

All I can find from MPD is a Tweet which matches some, but not all, of the details:

Hopefully some more information will bubble up on this, in the meantime I imagine other parents in the area should definitely know about it.”