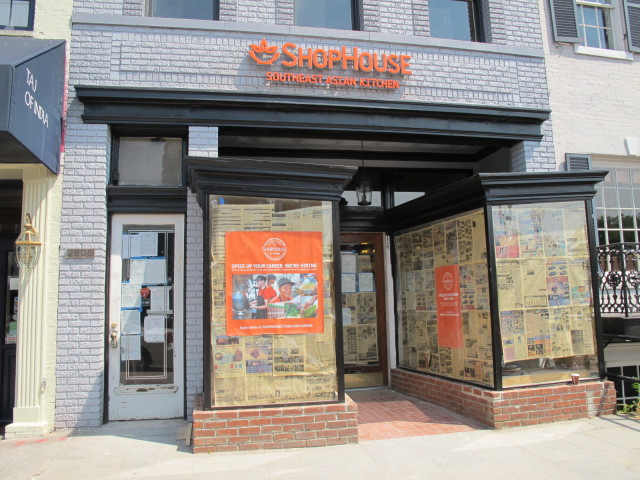 The ShopHouse coming to the former Furin’s space in Georgetown is opening August 19th.

ShopHouse’s first location opened in back in Sept. 2011 at 1516 Connecticut Ave, NW in Dupont. You can see their menu here.

A third ShopHouse will be coming to the former Ruby Tuesday’s which recently closed in Chinatown at 710 7th Street, NW