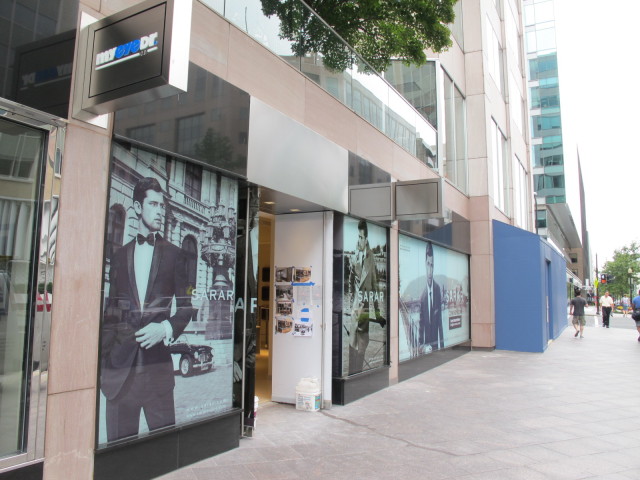 Back in March we learned a Sarar clothing store would be opening up in former Verizon store space on the 1700 block of L Street, NW. This is just east of the former Borders space which recently became a Nordstrom Rack. I stopped in Sarar and was told they are opening up tomorrow (Friday)!