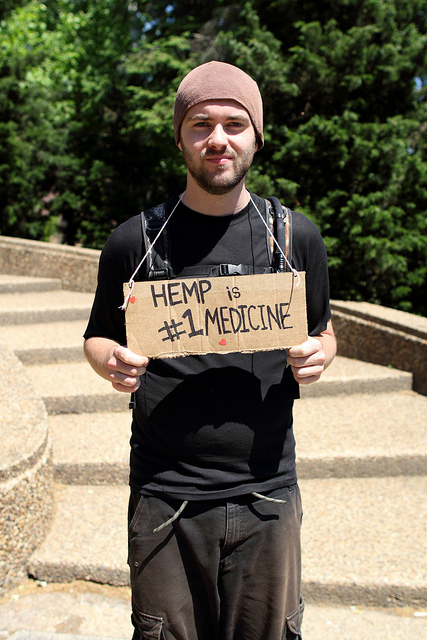 The Board of Elections shall consider in a public hearing whether the proposed measure “Decriminalization of Possession of Minimal Amounts of Marijuana for Personal Use Act of 2014” is a proper subject matter for initiative, at the Board’s Meeting on Wednesday, September 4, 2013 at 10:30am., One Judiciary Square, 441 4th Street, N.W., Suite 280, Washington DC.

Each individual or representative of an organization who wishes to present testimony at the public hearing is requested to furnish his or her name, address, telephone number and name of the organization represented (if any) by calling the General Counsel’s office at 727-2194 no later than Friday, August 30, 2013 at 4:00 p.m

This initiative would make possession of under two ounces of marijuana for personal use, or a person’s cultivation in their home of no more than three cannabis plants, a civil offense rather than a criminal offense; provide for imposition of civil fines; provide mandatory drug awareness education for minors committing the civil offense; and would prohibit any District of Columbia government agency from denying any opportunity or benefit based on such civil violation.

Those caught would receive a $100 fine. I realize we never polled PoPville when this first came up so here goes: