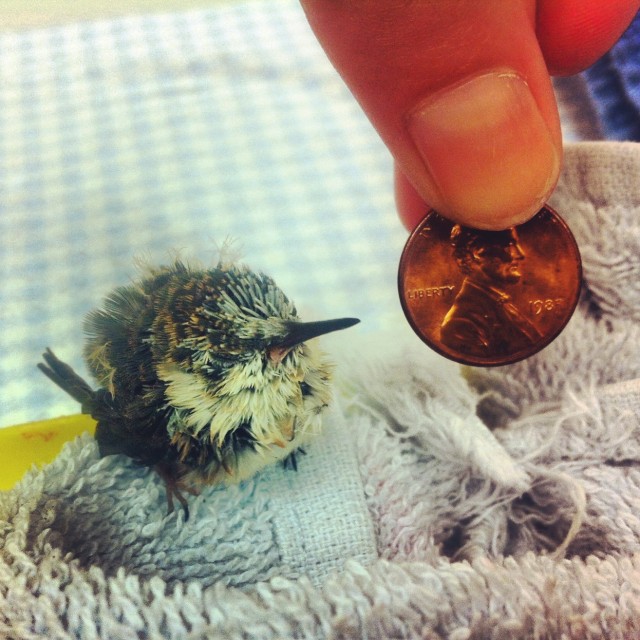 For the first time in its history, the nation’s capital has a licensed, professionally staffed veterinary facility dedicated to helping wild animals. City Wildlife expects their new facility at 15 Oglethorpe Street, NW, to handle as many as 1,200 orphaned, injured, and ill wild animals the first year. The center opened on July 1. Among the patients they have already rescued are:

o An Osprey who was struck by a truck on the Frederick Douglass Bridge, treated, and reunited with his family group;
o A sick pregnant squirrel, who gave birth to four babies while in City Wildlife’s care and was cured and released with a nest box for her new family; and
o A juvenile Ruby-Throated Hummingbird who was dying of starvation until the center nursed him back to health and prepares to send him to an environment with abundant nectar-producing flowers.

“It’s ironic that our city, which boasts three animal shelters, a low-cost veterinary hospital, and a low-cost spay/neuter clinic, has never had a facility capable of caring for wild animals,” points out Anne Lewis, City Wildlife’s president. “That’s especially true when you consider that one-quarter of all the calls coming in to the main D.C. animal shelter are about wildlife. We believe we have filled an important — and long neglected — gap in the city’s otherwise exemplary animal welfare services.”

City Wildlife is open every day from nine a.m. to five p.m. and accepts injured, ill, and orphaned wild animals from members of the public as well as from the city’s animal care and control officers. A wildlife rehabilitator and part-time wildlife veterinarian administer physical examinations, fluid therapy, parasite treatments, wound management, fracture stabilization, medications, and other treatments as required. The goal in treating each patient is to return it to the wild.

“As you’d expect, wild animals in Washington frequently come into conflict with the urban environment,” notes City Wildlife’s clinic director Alicia DeMay. “They are hit by cars, attacked by pets, and poisoned. Babies are left helpless when their nests are destroyed or their parents are killed. These injured and orphaned animals need a place to receive care and heal, and the residents who are trying to help them deserve a convenient and professional rehabilitation facility like City Wildlife.”

City Wildlife accepts all manner of wild birds — both species that reside in the city and migrants that pass through — as well as native reptiles, amphibians, and most small mammals, such as chipmunks, rabbits, and squirrels. The center does not currently rehabilitate deer or species prone to carry rabies: raccoons, foxes, coyotes, bats, and skunks.

Those interested in learning more about City Wildlife or contributing towards the rehabilitation center can visit www.citywildlife.org, write to [email protected], or call 202-882-1000.