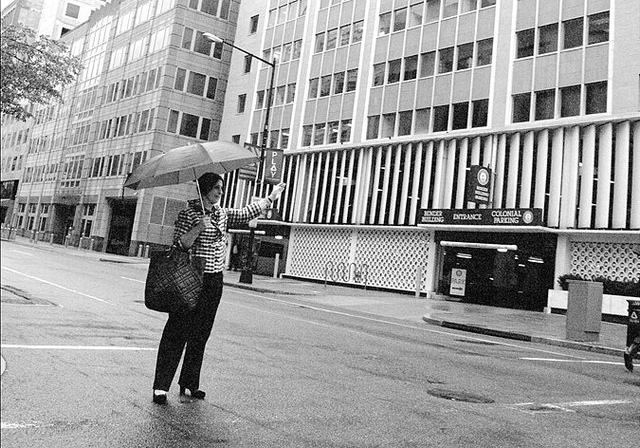 As a person though who grew up on the Hill and often depended on cabs to get me home from NW safely, and dealt with cabs refusing to come to Petworth after I moved in 07, this really got my goat! Amazing now getting to Petworth is easier than the Hill.

I am so mad at DC’s taxi system. I sent this complaint to the DC Taxi Commission tonight. After the following event occurred, I told my own driver that this is exactly why Uber is thriving in this city. Terrible!

This evening, my friend hailed two cabs seeking transportation to Eastern Market from Belmont and Columbia Road NW. The first didn’t accept her after we informed the driver she was going to the Hill. We decided to not inform the second driver since we knew it was illegal for the cab to refuse, so better for her to enter the cab. She got in and I thought departed for her destination. After getting into my own cab going to Petworth, I discovered her on the next corner. She reported the driver had refused to take her to the Hill, and asked her to leave the cab. This is illegal. She deserves a safe ride home in a taxi if she able to pay the fare.

The DC Taxi Commission reinforces the incredibly poor, antiquated taxi service in the city. This type of behavior in addition to the resistance of drivers to incorporate credit card payment options makes our city a laughingstock.”

Response to the OP from the DC Taxicab Commission:

“The DCTC is aggressively enforcing what we consider to be one of the most egregious violations of our regulations: Failure to Haul which carries a $500 fine. We appreciate your bringing this to our attention. If the individual who experienced this violation will email or call David Person ([email protected]; 202 645-6008) and provide him with the information necessary to identify the driver we will initiate an action against the driver. Ordering a passenger from a vehicle is a violation called “abusive conduct” and would be an additional $500 fine. We also endeavor to see that users of taxies in The District know their passenger rights. Passengers have the right to enter a taxi that stops for them, enter it, close the door and then inform the driver where they want to go. The driver then is obligated to serve that passenger. Any passenger who a driver physically attempts to eject should immediately summon the Metropolitan Police Department. Thank you for your assistance.