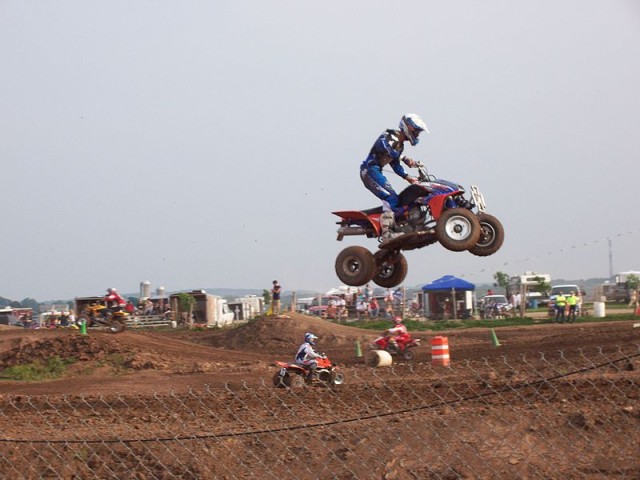 Photo by Royalbroil via wikipedia

I was walking around the McMillan reservior in NW on Sunday evening when a large group of guys on 4-wheelers and dirtbikes drove by. There were about 20 vehicles in total. They were driving fast and disobeyed traffic laws – even driving into oncoming traffic lanes on Michigan Ave (next to the Washington Hospital Center) and forcing cars to stop. It was hard to tell if it was just a group of guys out goofing around or if it was something more menacing. Are 4-wheelers even street legal in DC?”

The Post has an interesting article about some of the riders Dirt bike dreams face reality of D.C. police enforcement:

A growing number of thrill-seeking young people are taking to the streets in off-road bikes and ATVs, usually out of the sight of federal Washington. They perform risky stunts that typically are reserved for open fields or trails in outlying counties. The stunts, often inspired by video and pictures on social media sites, are playing out in urban neighborhoods across the nation.

D.C. police say the high speeds, tricks and jumps are a dangerous, even deadly, neighborhood nuisance, especially when packs of 20 or more roar through communities.