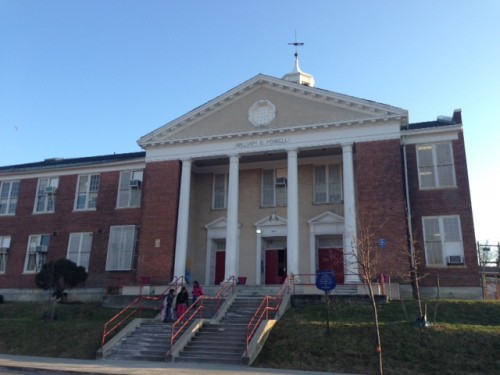 A reader sends the petition posted by a group called DC Safe Streets:

The placement of this facility at 1345 Taylor St. NW is dangerous to the students of Powell Elementary School and the neighboring community.”

As of Wed. afternoon it had 131 signatures. Following is the full letter:

This building is just across the alley from the Powell Elementary playground and less than a block away from a DCRA and DC police identified nuisance property with a history of violence and drug activity. Placing youths undergoing drug rehabilitation so close to known drug dealers is inappropriate and unsafe for the residents of the rehabilitation facility, the students of Powell Elementary, surrounding neighbors.

We are also concerned because of the history behind the property at 1345 Taylor Street NW, which has previously housed: a brothel that was raided and vacated by DC Police and, most recently, tenants that broke into Powell Elementary in September 2012 and stole video and audio equipment, vandalized and broke into neighbors’ homes, and stole packages from the front porches of surrounding neighbors.

Will you support the safety of Powell Elementary School students and the surrounding community by stopping this dangerous and inappropriate facility? Thank you very much in advance for your consideration and for your leadership.”