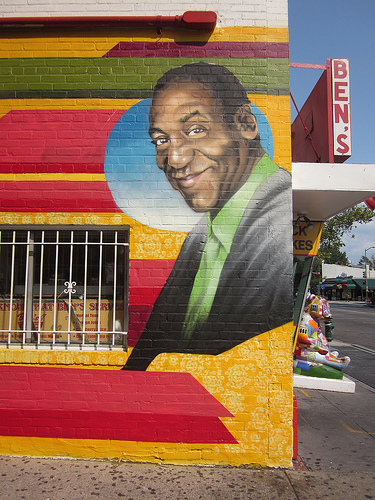 Visitors to Washington, DC have usually heard about Ben’s Chili Bowl long before their arrival. Many remember the news of President Obama stopping by to enjoy a Chili Half Smoke. Ben’s has been seen on Man vs. Food, CNN, Oprah, Anthony Bourdain’s No Reservations, Good Morning America, Larry the Cable Guy, Pauly Shore, The Daily Show, and countless other national and international shows. People often think of Bill Cosby when they think of Ben’s because he has been a longtime patron, friend and Half Smoke aficionado.

In addition to being known as the place in DC where everyday people brush shoulders with celebrities, Ben’s Chili Bowl has also been honored to receive numerous awards and accolades, including the prestigious “America’s Classics” award from the James Beard Foundation. In 2008, Ben and Virginia Ali were given the Key to the City by DC Mayor Adrian Fenty, and in 2009 Ben’s received the American Dream Award by the National Restaurant Association. In 2010, the George Washington University enshrined Ben’s Chili Bowl’s historic papers, documents and photos into its main Gelman Library, and all documents have been digitized for students and scholars throughout the world to examine.

Yet, in spite of all the world recognition and fame, local residents of DC, Maryland and Virginia know the real truth about Ben’s Chili Bowl, and that truth is simple. They know that Ben’s is first and foremost about FAMILY and COMMUNITY. For 55 years, Ben’s has graciously served the people, and every guest has always been embraced as family. When segregation was still alive, Ben’s offered a peaceful gathering place and safe haven for ALL people, regardless of race, differences in background or perspective. For example, as the 50th Anniversary of the March on Washington is celebrated this year, Virginia Ali recalls Ben’s being a meeting place for the organizers. We even donated food for the 1963 March on Washington as well as for the Poor People’s Campaign. Society has grown and changed, but Ben’s remains the same and continues to celebrate people from all walks of life as they come together to eat, meet, laugh, and discuss life as they see it. On Thursday, August 22nd, please join everyone at Ben’s Chili Bowl as we celebrate 55 years of just being ourselves and doing what we do. 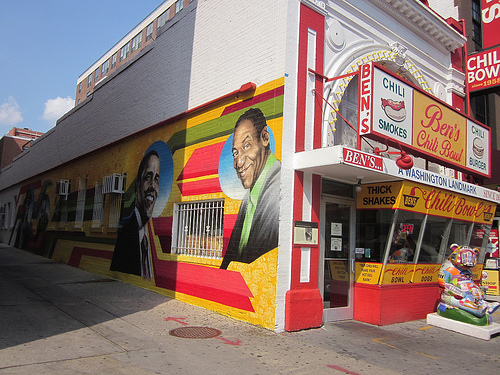