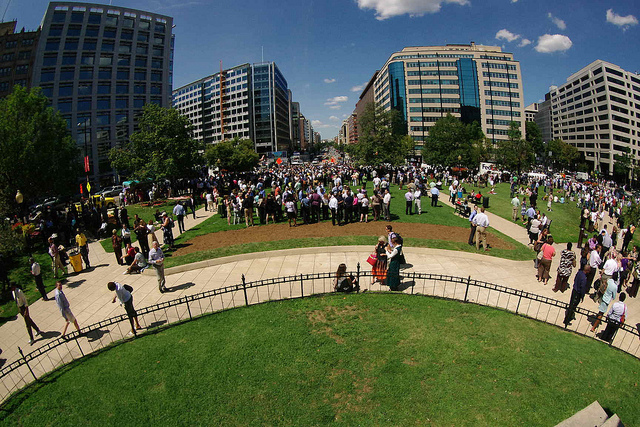 I’m sure this is another one that’s been around for years, but just thought I would pass it along for any runners in the area so they could keep alert. I was leaving the food truck corral by Farragut Square around 1PM headed across K St when I saw an altercation between two men, one a runner and the other just a seemingly average pedestrian (although further inspection revealed some pretty dated, ratty clothing). Since I had actually seen them run into each other it was obvious the pedestrian jumped out in front of the runner, then accused him of running into him, causing him to drop and break his watch.

The runner was pretty fit and probably quite familiar with his route and surroundings and therefore very assertive that the other guy had jumped in front of him, so he eventually left with a “F you man”. I can only assume the goal was to coerce money out of the guy for the broken watch, unless he just really likes to fight strangers. I won’t bother getting into the race and description of the scammer, since really it could have been anyone, but thought folks might like to know about yet another thing to look out for in the city.”