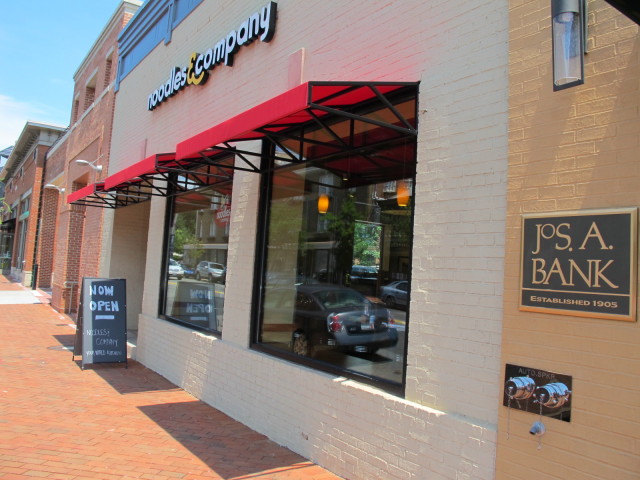 Noodles and Company has opened up next to the Jos A Bank at 1825 Wisconsin Ave, NW. 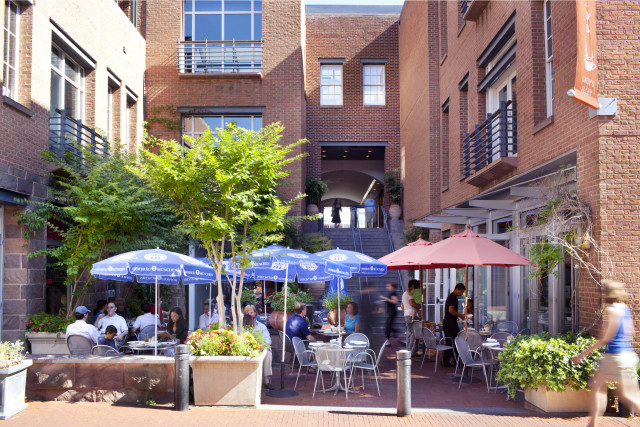 “EastBanc, Inc. and Jamestown announced today that Steven Alan, the trend-setting casual fashion boutique for both men and women, has signed a lease to occupy the retail space in its Georgetown Renaissance property at 3319 M Street, in the heart of Cady’s Alley. The 670-square-foot store will serve as the brand’s first DC location. Steven Alan will move into its new Cady’s Alley address in September. Home furnishings and fashion retailer Muléh formerly occupied the space.

Offering modern versions of classic ready-to-wear standards for both men and women, Steven Alan has become a staple in casual wear. Alan first emerged into the fashion world in 1994, opening a retail store in New York City to showcase emerging designers. He launched his own line in 1999 and quickly garnered a following for the unique brand of casual, self-assured essentials. Steven Alan, represented by broker Elliott Kyle of The McDevitt Company, will be located directly across from Kafe Leopold.

“Steven Alan is one of the more innovative urban retailers we have recently met,” says Philippe Lanier, vice president of EastBanc, Inc. “The store’s interest in becoming a component of Cady’s Alley helps solidify our desire to enhance and complement the design focus of the block with innovative retailers developing a brand and culture around their customer. We believe that shoppers will find the Steven Alan experience one that they visit often.”