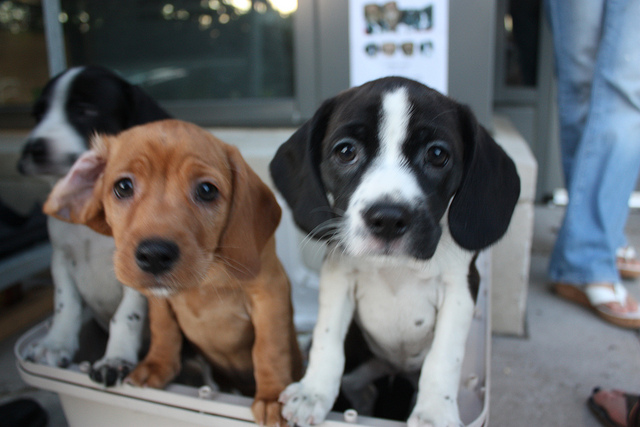 Recently I was approached on the street by young men presumably selling dogs, one near Capitol Hill and on the same day near Logan Circle. One even stood on the corner subtly advertising with a very cute puppy in his hand. I’m not a dog person, so I don’t know the breed, but this definitely was no street mutt. It was very clean and very well groomed. Even the pitch of the two guys was similar (something odd like “You need a dog?”) I initially thought “dog” might have been street code language for some new drug, but the first guy persisted and explained that, yes, he meant pet dogs. Just wondering if other have been approached. Perhaps it’s just an innocent hustle and a coincidence that two guys approached me on the same day… or is there some kind of dog selling ring in DC now?”