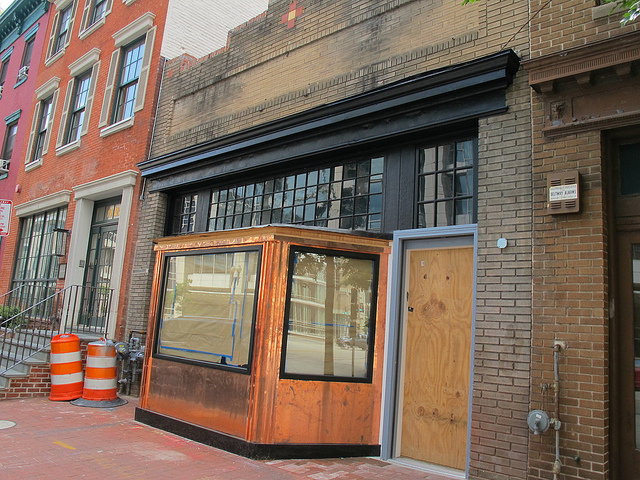 Baby Wale was a bit ambitious in hoping for a June opening by the Convention Center at 1124 9th St, NW. But some serious progress has been made. Check out this awesome new front: 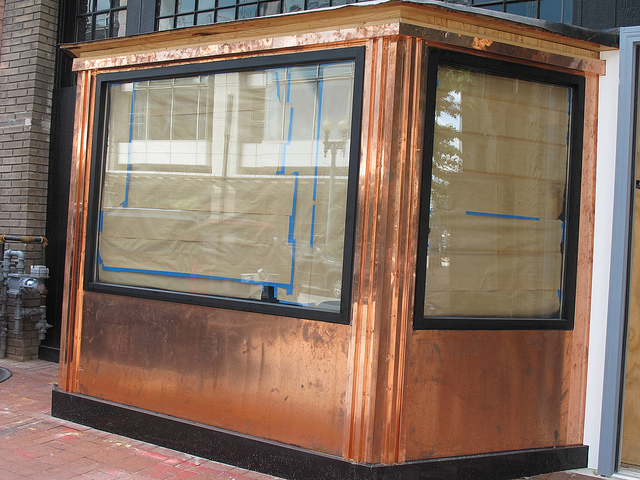 A peek in the window reveals, while a lot of progress (though is that a tree in the back?) has been made, it still looks like they’re a couple of months off: 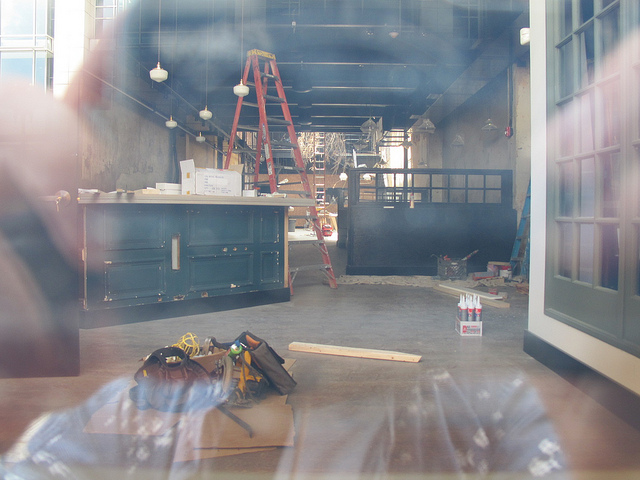 In November 2012 a liquor license said:

“A casual restaurant serving roast chicken and lobster sandwiches to local residents with a seating capacity for 150 people. Total occupancy load of 150.”

How it looked in April: 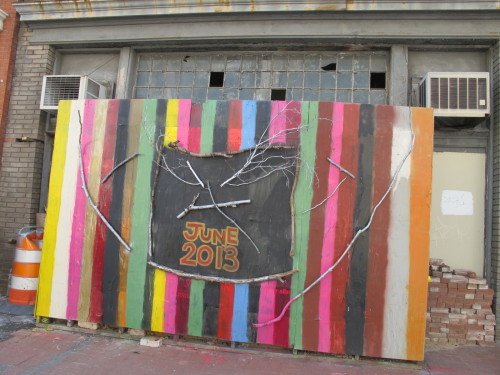