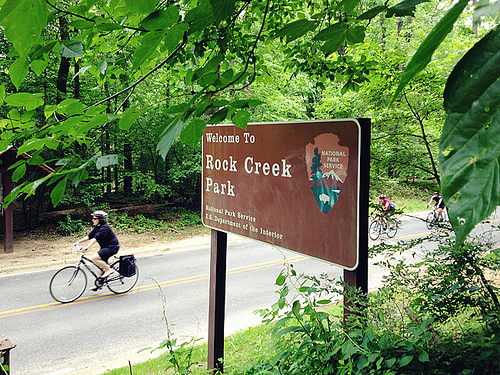 Minneapolis was not rated by ParkScore in 2012 and was included this year because the index expanded to the 50 largest cities in the United States, up from the 40 largest last year. Minneapolis is the 48th largest U.S. city, according to the Census Bureau.

“In Minnesota, safe, attractive, and accessible outdoor spaces are key to our much-valued quality of life. In our cities, we rely upon our parks for individual recreation, family outings, and community activities. I congratulate Minneapolis upon receiving this national recognition for providing our country’s best park system,” said Minnesota Governor Mark Dayton.

“The latest ParkScore rankings are further evidence that New York City is the ‘Queen of Green,'” said New York City Mayor Michael R. Bloomberg. “Not only do we have a huge open space network, but we have one of the best park systems overall. Our sustained investment in building great parks and maintaining them well pays off for City residents and visitors alike, making NYC a great place to live, work, and visit. Look out, Minneapolis-we may be Number 2, but not for long.”

ParkScore ratings are based equally on three factors: Park access, which measures the percentage of residents living within a 10-minute walk of a park (approximately 1/2-mile); Park size, which is based on a city’s median park size and the percentage of total city area dedicated to parks; and Services and investment, which combines the number of playgrounds per 10,000 city residents and per capita park spending.

“You can’t have a great city without great parks,” said Adrian Benepe, Senior Vice President and Director of City Park Development for The Trust for Public Land. “Parks bring neighbors together and help create a sense of community. They give kids and adults a place to play, walk around, and just relax and experience nature. That’s why we believe that cities with great park systems tend to be healthier and have lower rates of obesity.”

ParkScore uses advanced GIS (geographic information system) computer mapping technology to create digital maps evaluating park accessibility, making it the most realistic assessment system available. Instead of simply measuring distance to a local park, ParkScore’s GIS technology takes into account the location of park entrances and physical obstacles to access. For example, if residents are separated from a nearby park by a major highway, ParkScore does not count the park as accessible to those residents (unless there is a bridge, underpass, or easy access point across the highway).

In addition to the at-a-glance park bench summary rating, ParkScore features an in-depth website that local leaders can use as a roadmap to guide park improvement efforts. The website, parkscore.tpl.org, provides extensive data and analysis that pinpoints the neighborhoods where parks are needed most critically. The website includes interactive maps of each ParkScore city that allow users to zoom in and study park access on a block-by-block basis. The website allows users to browse detailed information about each public park in the 50 cities and to view local obesity rates compiled by the Centers for Disease Control and Prevention. The website is free and open to the public.

“Physical inactivity is a major contributor to the obesity epidemic and a risk factor for many serious and preventable chronic diseases,” said William H. Dietz, MD, PhD, a pediatrician who recently served as Director of the Division of Nutrition, Physical Activity, and Obesity at the Centers for Disease Control and Prevention. “Improving access to places to play is a proven strategy for increasing activity that all municipal leaders should embrace. Parks improve health and prevent disease,” Dietz said.