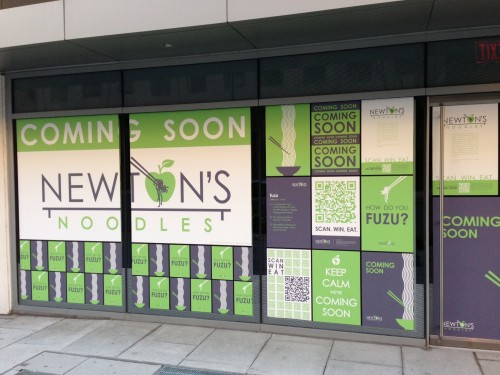 In early July 2013, one of the region’s most popular noodle dishes gets its own restaurant: Newton’s Noodles arrives in Dupont Circle this summer, bearing fuzu, chorks and a fresh take on fast-casual dining. Dennis Friedman, the award-winning Executive Chef behind critically-acclaimed Bethesda eatery Newton’s Table, is spearheading the new concept eatery.

The restaurant marks a stylistic shift from Friedman’s previous fine dining oeuvre, one that adapts and repackages signature menu items from Newton’s Table for a more informal dining atmosphere. The menu will revolve around fuzu, a customizable noodle dish that Friedman developed on his first day as an executive chef – one that attracted a formidable critical and public following when he later brought it to Newton’s Table. Fuzu incorporates diners’ choice of proteins, veggies, toppings, sauces and spice level. Guests can also opt for the Signature Fuzu: shrimp, scallops, chicken, egg, carrots, snowpeas, onions, bean sprouts, scallions, crispy shallots and black sesame. All varieties of the made-to-order fuzu, however, will have one thing in common – all-natural, locally-sourced ingredients prepared at a speedy clip. The fuzu flavor profile exemplifies a sense of balance that Friedman has perfected throughout his tenure at both restaurants, a taste he describes as “the perfect mix of salty and sweet, with a touch of heat.” 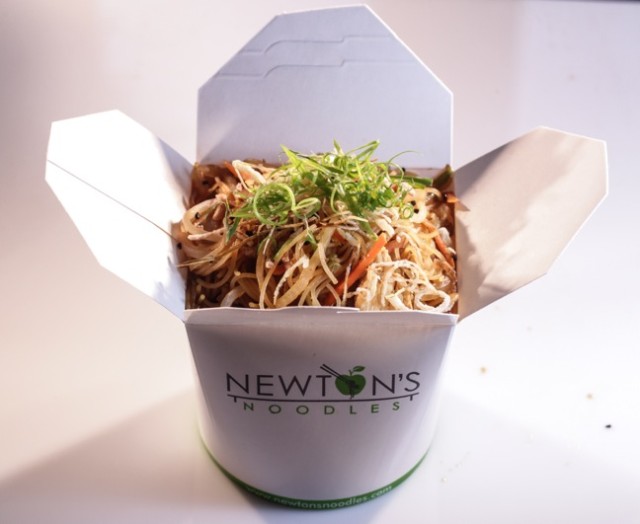 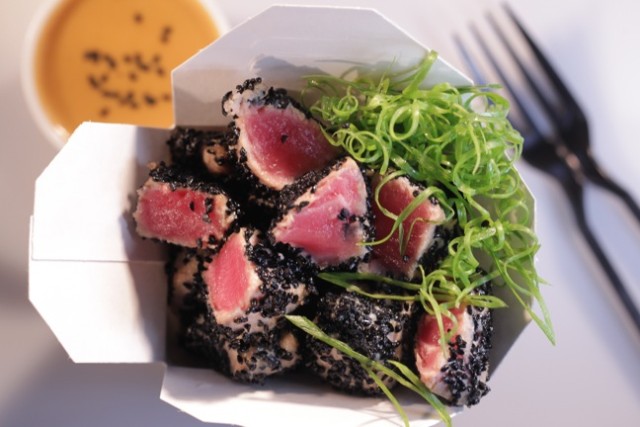 Modern, sustainable decor throughout the 70-seat interior is a visual complement to the cuisine. All-natural materials like wormy maple wood and recycled leather constitute the walls and furnishings. Above the stained concrete floors, dozens of single lightbulbs and wooden clouds hang from exposed ducting in the open-air ceilings. The expansive layout allows small and large parties to move easily through the space – which also includes a 40-seat patio – and high-tech touches like digital menu boards streamline the ordering process.

To celebrate its arrival in the District, Newton’s Noodles has already kicked off their “Scan. Win. Eat.” QR code campaign. Entrants will be eligible to win over $2,500 in prizes – including discounts, free food and merchandise – throughout the opening weeks.