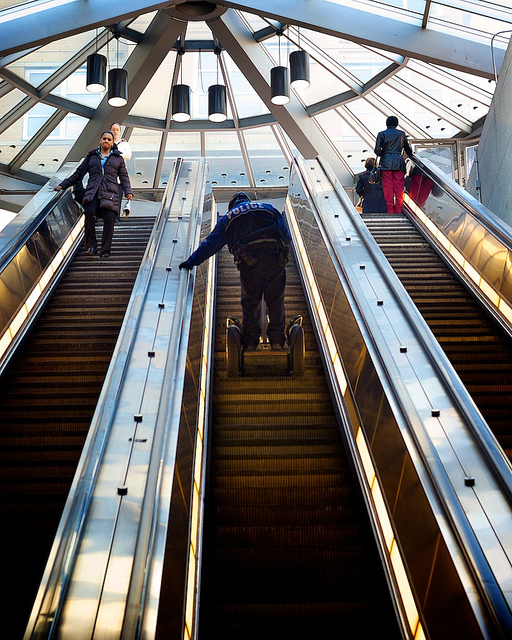 “Metro riders may notice an increased police presence at selected stations during the Friday evening commute, as Metro Transit Police, together with other agencies in the Washington Metropolitan area, take part in Blue TIDE, a joint show-of-force security effort aimed at increasing partnership among law-enforcement agencies and deterring crime and potential terrorist activity.

Blue TIDE (Terrorism Identification and Deterrence Effort) is a high-visibility initiative of the Metro Transit Police with a primary goal of deterring terrorist activity in the Metro system. Blue TIDE will include a number of security sweeps at Metrorail stations, with officers spreading out throughout the stations and boarding trains to check for suspicious activity. The effort also serves to raise awareness and remind the public to remain observant while riding Metro and to report any suspicious behavior to the Metro Transit Police.

More than 50 officers from multiple agencies will participate in the effort, providing a visible reminder to riders and the public that Metro remains vigilant against terrorist activity and works to ensure their safe and secure travel. Officers also will distribute crime prevention information at the stations, providing tips to riders on how to protect themselves and their property while traveling.

Tomorrow’s Blue TIDE effort is not in response to any specific or credible threat to the system.

Remain aware of your surroundings at all times.
Report any suspicious behavior, unusual activity or unattended items to a uniformed Metro employee or call Metro Transit Police at 202-962-2121. If you see something, say something.”

Read more →
More Stories
Friday Question of the Day – What is the Best Sports Bar in DC? Does DC Have a Best Sports Bar?1200 Block of U Street Closed Due to Gas Leak