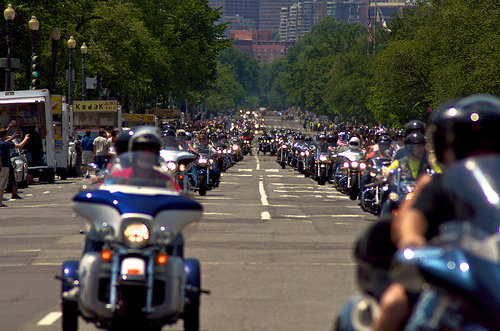 On Sunday, May 26, 2013, the Rolling Thunder Rally will take place from 10:30 a.m. until 4:30 p.m. In conjunction with this event, there will be several street closures that motorists should take into consideration. For more information on Thunder Alley and Rolling Thunder Rally, please visit http://rollingthunderrun.com/.

The streets along the following route will be closed from 9 a.m. to 6 p.m.

The parade will form at 6th and M St NW. It will then start north on 6th St NW to S St NW, west on S St to 13th St NW, South on 13th St to Logan Circle southwest around Logan Circle to P St NW, east on P St to 7th St, South on 7th St to M St, East on M St to 6th St where they will disband.