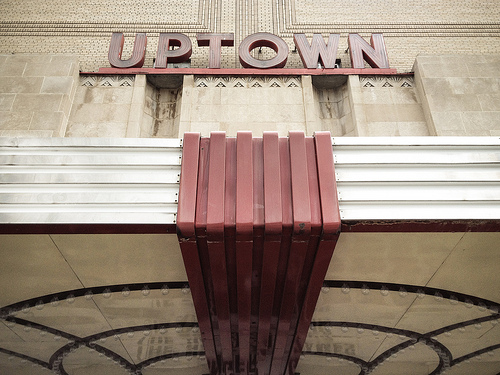 It’s been eight years since “Wedding Crashers.” It’s been eight years since Vince Vaughn and Owen Wilson were Vince Vaughn and Owen Wilson – the most hilarious guys in the room that you really want to hang out with. Okay, they’re still funny – of course, they’re buddies who play well off each other– but they’ve softened. Once upon a time they were insanely funny and semi-nice guys, but now they’re really nice guys who are semi-funny. It’s not the worst thing in the world, but it doesn’t make for a strong film. They’ve lost their edge and in the process we have been brought a poorly executed nice idea. A story by Vince Vaughn, “The Internship” is the film we wanted to be good but knew was going to bad.

“The Internship” focuses on two former watch salesmen – Billy (Vince Vaughn) and Nick (Owen Wilson) – whose outdated skills have them searching for a way to reinvent themselves and get back into the job market. Vince Vaughn google’s Google and finds the opportunity – a summer internship that has the potential to leads to a full-time job. As recently enrolled students at Phoenix University, Billy and Nick land an interview for the internship via Skype. They get accepted into the program and the minute they arrive at the Google campus they are ostracized by other interns and members of the staff. The old guys get grouped with the Google intern outcasts. The groups are put through a series of tests and whoever wins the most wins the full-time jobs. Can you guess how that turns out?

The film really pushes the fact that Vaughn and Owen are two old guys who don’t seem to have a clue what being in 2013 actually means. It pushes that the 20 something year-olds are completely disconnected from each other and at times reality. It pushes the fact that both generations have something to learn from each other and can come together. It’s not a terrible premise, but something was off. The stars were too nice. Even worse, all the characters were played out.

As expected, Vince Vaughn was the fast talking borderline pathetic sap who just can’t seem to get it right. As expected, Owen Wilson was the slightly smarter portion of the duo who gets the girl. Sounds like familiar territory. There were funny and slightly endearing scenes but the movie wasn’t fresh and the acting was mediocre.  Was I entertained? Sure. Supporting roles by John Goodman and Aasif Mandvi along with cameos by Will Ferrell (you saw that coming), B.J Novak, and Rob Riggle definitely helped the film out.

But did I also feel like I was watching Google propaganda? Yea, I did. It was an hour and half of a work-life that consists of seminars during the work day, free food and drink, casual Friday every day, naps in little egg sleep chambers. You can’t buy that kind of publicity – or can you……? It was weird and with so many great movies out there please don’t waste your money on this one. You can wait for it to come to Netflix, Amazon, or OnDemand. Trust me.