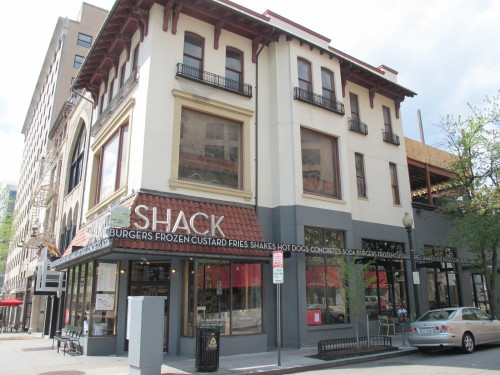 Way back in Oct. 2011 we first learned that the Guitar Bar would be coming to the former Guitar Shop space above Shack Shake:

Hadn’t heard much about the place since. Last week ANC2B posted:

Whereas the construction at this location has begun without appropriate permitting;

Whereas construction continued despite stop work orders issued by the District;

Whereas ANC 2B has already negotiated an alcoholic beverage “Voluntary Agreement” for this location with certain limitations negotiated for the roof structure;

Therefore be it resolved that ANC 2B asks HPRB to ensure that any concept design is consistent with those terms of the Voluntary Agreement;

Be it further resolved that ANC 2B does not currently have objection to the renderings as presented but requests a full presentation to the DCC and the ZPD commmittee prior to the HPRB hearing at the end of April. 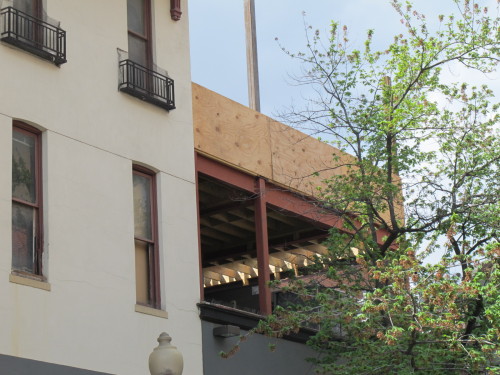