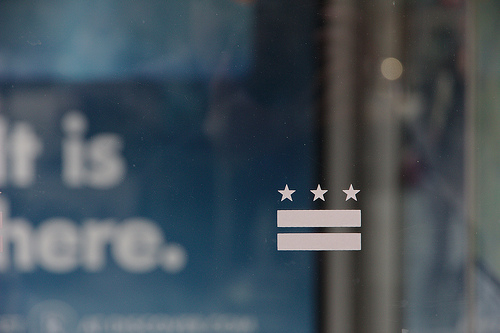 “After two years of sometimes-difficult decisions made to strengthen our fiscal health and hard work to grow our economy, we are now in the position to begin investing for tomorrow and funding our priorities at a higher level,” Mayor Gray said. “This budget makes significant investments that will boost the quality of life for all District residents — including a historic investment in the expansion of affordable housing.”

The plan’s priorities include funding for affordable housing, school construction and modernization, expanded library hours and construction, bringing the Metropolitan Police Department to 4,000 officers, and investments in streetcars and bicycle infrastructure.

The budget has three overall goals consistent with the Mayor’s One City Action Plan: 1) Grow and Diversify the District’s Economy; 2) Educate and Prepare the Workforce for the New Economy; and 3) Improve the Quality of Life for All.

Improve the Quality of Life for All

· $13.1 million to fund the other recommendations of the Comprehensive Housing Strategy Task Force;

· A commitment to dedicating 15 percent of the District’s deed-recordation and -transfer taxes to the Housing Production Trust Fund on a recurring basis.

The budget also funds other initiatives to improve the quality of life for District residents, including:

· $7.2 million for MPD and $8 million for the Fire & Emergency Medical Services (FEMS) Department in FY 2013 for vehicle-fleet replacement initiatives;

· A $16 million investment in the District’s bicycle infrastructure, including new bike lanes and trails, continued bike-friendly improvements to streetscapes, and the addition of 10 new Capital Bikeshare stations;

· A multi-million dollar investment in expanding, improving and renovating the District’s parks and recreation facilities and programs;

· Expanding hours and days of service to seven days a week at all the District’s public libraries, and investing in a major, $103 million renovation of the Martin Luther King, Jr. Memorial Library as well as construction or renovation of libraries in Cleveland Park, the Palisades and Woodridge;

· Investing $15 million in the One City Fund, which will provide competitive grants of up to $100,000 a year to non-profit organizations in education, job training, health, services for seniors, the arts, public safety, and the environment;

· And pay raises for District employees – union and non-union alike – including, for most, the first raise they’ve had in between four and seven years.

Educate and Prepare the Workforce for the New Economy

The Mayor’s budget makes major investments in public education and workforce development, including:

· Increasing the local funds dedicated to the charter school facilities allotment by $7.4 million;

· The beginning of a $242 million investment over six years in modernizing all the District’s middle schools, including the construction of new Brookland and Shaw Middle Schools and complete modernization of the rest of DCPS’s middle schools;

Grow and Diversify the District’s Economy

The budget proposal includes hundreds of millions of dollars in investments in development and infrastructure projects that will enable continued growth of the District’s economy, including:

· Up to $40 million for public infrastructure support as commercial firms redevelop the Skyland Shopping Center;
· An $18 million investment in the relocation of D.C. Water facilities from The Yards in the Capitol Riverfront area and transfer of land for a mixed-use development project;
· A $13 million investment to complete the environmental assessment of Poplar Point and prepare the land for transfer from the National Park Service to the District;
· A $622 million investment in building a new Frederick Douglass Bridge;
· And $32.4 million for Great Streets projects, including infrastructure and streetscape upgrades, in neighborhoods across the District.

· Effects of federal sequestration “baked in” to the revenue estimate;
· Eliminates the tax on out-of-state municipal bonds;
· Repeals the Possessory Interest Tax on housing purchased under the Land Acquisition for Housing Development Opportunities (LAHDO) Program.