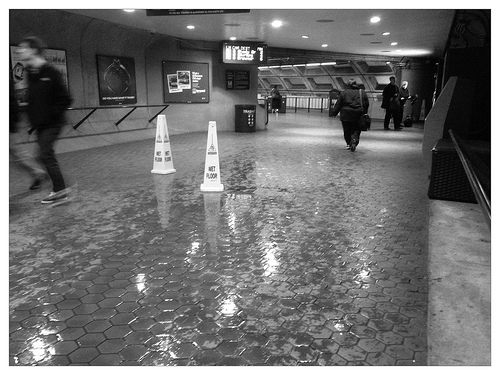 Crime on Metro remained low in 2012 as a result of crime-prevention strategies, data-driven deployment of officers, and innovative policing tactics. That is the message Metro Transit Police (MPTD) Chief Michael Taborn will deliver Thursday during his security report to the Metro Board Safety and Security Committee.

Highlights of Chief Taborn’s presentation include:
• A Metrobus customer’s chance of being a victim of a crime was one in a million trips in 2012.
• Parking crime reached a ten-year low in 2012, with motor vehicle thefts down 17 percent and thefts from autos down 16 percent.
• Metrorail’s crime rate – 6.2 crimes per million riders – is lower than crime rates in most jurisdictions Metro serves.

“We always start with the belief that one crime is one too many, but smart, effective police work and cooperation from jurisdiction law enforcement is producing good results,” said Metro General Manager and CEO Richard Sarles. “I want to commend the entire Metro Transit Police Department—each civilian, officer, sergeant, lieutenant and the command staff—for their commitment, dedication and vigilance in 2012.”

Like many other transit agencies, Metro has seen an increase in so-called “snatch thefts” of smartphones, tablets and other high-value electronic devices. In response, Metro began using “crime suppression teams,” where undercover officers using decoy electronic devices place themselves in the path of crime, become “victims” and make immediate arrests. In 2012, a total of 149 Part I arrests were made as a result of crime suppression team activity.

MTPD uses a broad range of tactics to keep customers safe and crime rates low:
• Bi-weekly “MetroStat” meetings where crime trends are analyzed and resources are deployed based on data
• Use of crime-suppression teams to make immediate arrests of pickpockets and thieves
• New parking garage patrol tactics, including use of electric vehicles, crime prevention strategies and partnerships with jurisdictional law-enforcement agencies
• Enhanced Metrobus patrols, including high-intensity targeted enforcement
• Customer outreach and education about safety and security
• Support of a new FCC requirement to enable customers to permanently disable (“brick”) a stolen phone, thereby reducing resale value