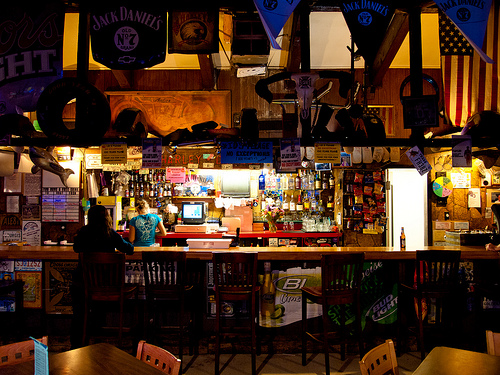 Just wanted to put this out there to see if something similar has happened to other folks while out:

On Friday, some friends and I stopped in Laughing Man on 13th and G (good place – no knock on the bar/restaurant at all) to grab drinks after dinner and went to the downstairs bar. There were 4 of us and 4 open bar stools at the bar, so we made our way in, and I was one end of our group of four, and there were two girls sitting in the stools next to me. I hung my purse on the hook underneath the bar, and the four of us just hung out per usual. When I went to grab something out of my purse, I didn’t feel anything underneath the bar. The two girls to my left were gone and so was my purse. MPD came and took all the info down. One of the guys there thought that these girls probably went around from bar to bar and did this often. Has this happened to anyone else?

“Dear PoPville, Since Covid, all package deliveries are left in the lobby of our building, located in the 500 block of M St, SE. However, this morning I was surprised…