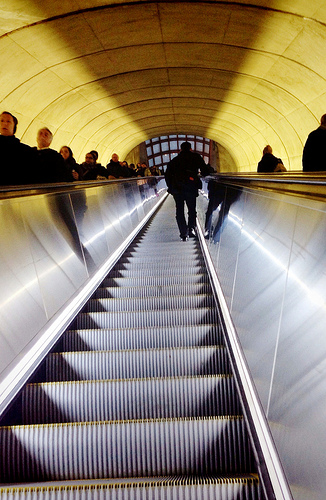 Metro will operate for 22 hours on Inauguration Day, opening three hours early at 4 a.m. and remaining open until 2 a.m. From the time the system opens, trains will operate at rush-hour service levels for 17 consecutive hours, until 9 p.m., to accommodate expected crowds.

The following is a summary of Metro service plans for Inauguration Weekend 2013:

Metrorail and Metrobus service will operate on a regular Saturday schedule.
Metrorail will open at 7 a.m. and close at 3 a.m. with no scheduled track work anywhere on the system.
Parking will be free at Metro-operated facilities, and off-peak fares will be in effect.

Metrorail and Metrobus service will operate on a regular Sunday schedule.
Metrorail will open at 7 a.m. and close at midnight with no scheduled track work anywhere on the system.
Parking will be free at Metro-operated facilities, and off-peak fares will be in effect.
The only planned service change on Sunday will affect Judiciary Square Station, where the F Street entrance will close at 4 p.m. for the remainder of the day due to an event at the National Building Museum. Customers will be able to enter and exit the station using the 4th Street entrance. Elevator service will remain available at all times.

Continues for Inauguration Day after the jump.

Metrorail will open at 4 a.m. and close at 2 a.m.
Rush hour service will operate from 4 a.m. until 9 p.m. with peak fares in effect during that time. After 9 p.m., off-peak fares will be in effect.
The “Rush+” service pattern will not be in effect, and Yellow Line trains will operate only between Huntington and Gallery Place, due to an event at the Convention Center. View Metro service map for Inauguration Day.
Three Metrorail stations will be closed on Inauguration Day: Smithsonian, Archives and Mt. Vernon Square.
The four Metrorail stations closest to the Capitol should only be used by those with Inauguration tickets. They are: Union Station, Judiciary Square, Capitol South and Federal Center SW.
At Metro-operated parking garages and lots, standard weekday parking rates will be charged upon exit from the facility. The fee can be paid with value on a SmarTrip card or major credit card.
Metrobus service will operate a regular weekday schedule, with an early PM rush hour for the benefit of Inauguration attendees heading home after the ceremony and parade.
Several dozen Metrobus routes will be shortened due to road closures near the National Mall.